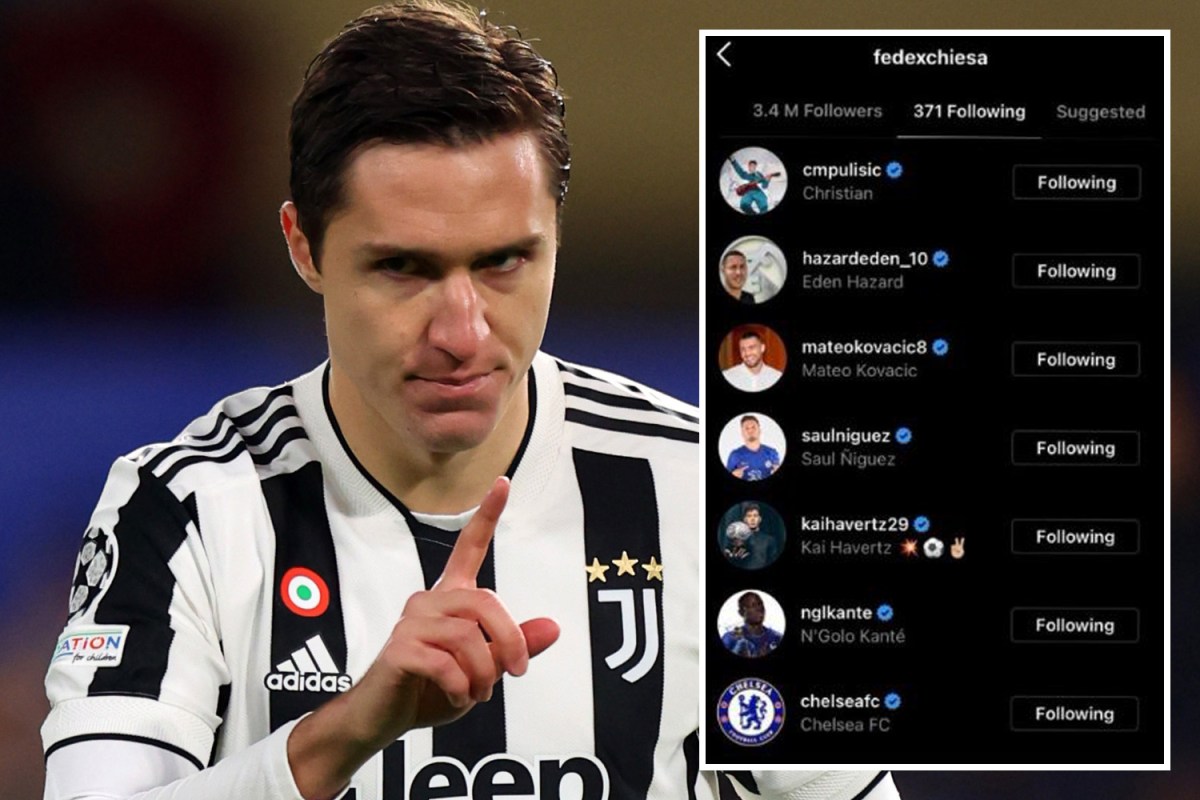 FEDERICO CHIESA has sparked frenzy amongst Chelsea fans by FOLLOWING the club and it's key players on social media.

This follows reports that Chelsea are considering an £84million move for the Juventus star.

Chiesa was on the wrong end of a 4-0 thumping at Stamford Bridge on Tuesday nightCredit: Rex

It is unknown when exactly Chiesa followed the Blues players but screenshots show he's keeping tabs on FIVE current members of the squad.

His social media activity has fans wondering about a potential move to West London.

And on top of that there are even suggestions that his DOG is called 'Chelsea'.

Chiesa and his Juve teammates got hammered 4-0 by the Blues on Tuesday in the Champions League group stage.

One Twitter user quipped: "He was following them all on Tuesday, trying to get the ball back."

The tricky winger impressed many in England as he helped take Italy to Euro 2020 glory at Wembley.

The 24-year-old is the son of former Fiorentina striker and Italy manager, Enrico Chiesa.

And Fiorentina was home for Federico as he followed in his father's footsteps.

He made 153 appearances in Florence, scoring 34 goals and assisting a further 25.

In 2020, he signed a two-year loan deal with Juventus- including a conditional obligation to buy.

The deal was worth around £34m plus add-ons.

Juventus have had a disappointing start to the season and currently sit eighth in Serie A.

However - Chiesa has offered a bright spark in the Champions League.

He netted the winner as the Italian giants beat Chelsea 1-0 in Turin.

And he also bagged a goal and an assist against Zenit.

Chiesa scored against Chelsea in Turn earlier this seasonCredit: EPA