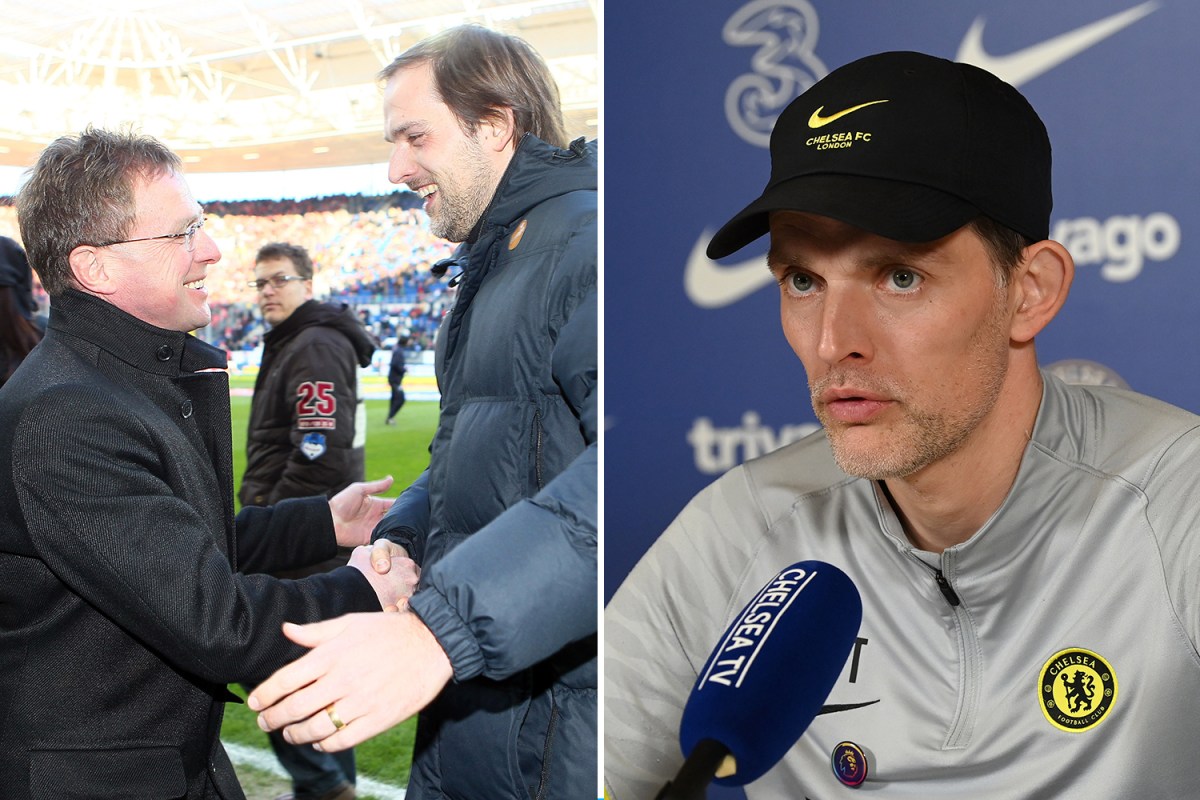 THOMAS TUCHEL was literally working as a waiter in a cocktail bar when a call from Ralf Rangnick changed his life.

Rangnick picked him out, shook him up and turned him around — turned him into someone new.

Ralf Rangnick is set to take over as Manchester United's interim managerCredit: EPA

A career in coaching was not on Tuchel’s mind when a knee injury forced him to quit playing for Rangnick at lower league side Ulm at the age of 24.

The Chelsea boss said: “I felt all over in football when I got the diagnosis. I felt in the rehabilitation process that I would not make it back to my level, which was at that time second, third division level. It was not like an international career going on.

“I saw my team-mates get better and better under Ralf and making it to the first league, which was always my dream and this was my team and these were my team-mates.

“It was so close. It was the first time that I came so close to being maybe a first division player in the Bundesliga.

“When that happened, I was angry, actually. I was not depressed or something, I was angry.

“I felt betrayed and was angry with the situation. I did not know what to do.

“It did not feel right to be close to football.

“It did not feel right to watch games at that very particular moment because I was angry.

“All my life I dreamed to be a football player. Until that point I had put all my energy and effort into this goal.

“I finished school but this was my main target.

“When this was not a possibility anymore, I needed to refocus, which is not always easy.”

Tuchel enrolled at university in Stuttgart and worked part-time at Radio Bar.

Ralf Rangnick and Thomas Tuchel could meet again on the touchlineCredit: Getty

He said: “I did not know what to do so I studied economics because I thought my mother can sleep very, very good once I finish something at university, and not only start things.

“I was a normal student but to make some extra money I worked in a bar once or twice a week which was actually a fantastic time in my life.  But in these moments, to meet people who know you and say, ‘Hey, what’s up with you? Don’t you play any more?’

“You have to swallow your pride and overcome some difficult moments and days of looking into the mirror.

“But it sharpened my character. It was very, very healthy for me in the end.”

In the meantime, Rangnick had left Ulm after guiding them from the third tier to the brink of the German top flight, and moved to Stuttgart.

But he had seen something in former player Tuchel and asked if he fancied becoming a coach in the club’s academy.

Tuchel said: “When I had the chance to try the academy as a second or third assistant, doing an internship, I was not sure  I’d like it.

“Once I reconnected, it felt exciting. I felt this was what my life should be about.

“I still worked in the bar while I was a coach and I still finished my economics studies.”

When Rangnick takes the reins as interim boss at Manchester United, they will be rivals.

Tuchel said: “He opened the door. At some point, you have to go through the door and you are responsible for yourself to make the very best of opportunities.

“This is what I did because I had people like Ralf who supported me.”