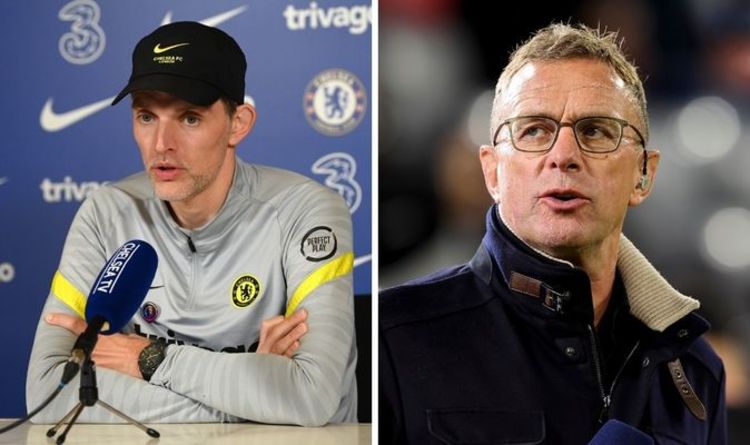 Chelsea manager Thomas Tuchel has opened up about Ralf Rangnick ahead of his imminent appointment as Manchester United's interim manager. Tuchel has explained how Rangnick gave him his first opportunity in coaching with VfB Stuttgart's youth team.

Rangnick is set to take over the reins from Michael Carrick at Old Trafford, who is acting as caretaker boss after Ole Gunnar Solskjaer's sacking last Sunday.

But the latter will be disappointed he can't go up against Rangnick in his first game in England, given the influence the 63-year-old has had on his career.

JUST IN: Man Utd's XI for Chelsea clash if Rangnick had been appointed sooner

Thomas Tuchel is an admirer of Ralf Rangnick. (Image: GETTY)

Ahead of Rangnick's United arrival, Tuchel has recalled being saved from a career in economics by the German mastermind offering him a chance to coach with Stuttgart.

He said: "I was a normal student, but to make some extra money, I worked in a bar once or twice a week, which was actually a fantastic time in my life.

"Ralf [Rangnick] called me because he was my former coach. He knew I was in Stuttgart studying. He asked me if I could imagine trying in the academy, and I got into contact with the academy.

"I did four months just being a second assistant in the youth academy, and from there I did my licences, and I started being a coach with the Under-14s.

Ralf Rangnick will take charge of Man Utd until the end of the season. (Image: GETTY)