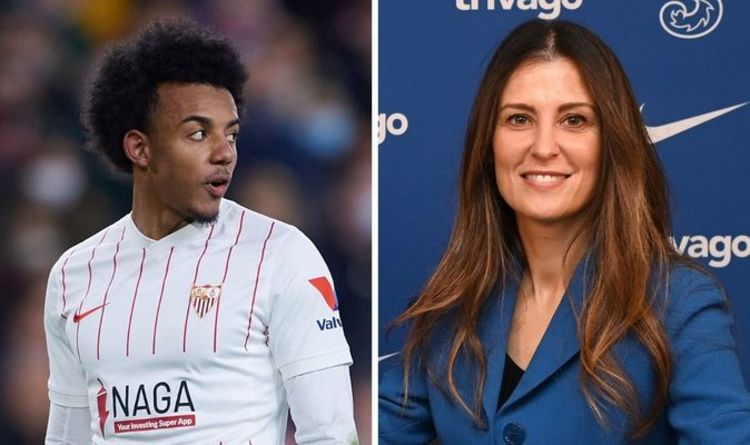 The January transfer window opens in little over four weeks and Chelsea could be one of the busier clubs in the Premier League. Thomas Tuchel's side sit top of the table a third of the way through the campaign.

Manchester City and Liverpool are in close proximity, but it's been Chelsea who have set the standard so far.

Taking momentum into the New Year will be imperative though and bringing in some fresh faces to bolster their squad could be crucial to Chelsea.

Romelu Lukaku was the only marquee addition this past summer and he's soon to return from injury.

The Belgium international made an immediate impact upon his return to Stamford Bridge and will be a welcome boost to Tuchel.

Jules Kounde is a top target for Chelsea (Image: GETTY)

Chelsea have still had no trouble finding the back of the net in Lukaku's absence, but even more impressive has been their rock-solid defensive efforts.

With just four league goals conceded, Chelsea are proving to be one of the toughest teams to break down.

Antonio Rudiger, Andreas Christensen and Thiago Silva have played a huge role in that while wing-backs Ben Chilwell, Reece James and Cesar Azpilicueta have also impressed.

But improving Chelsea's defensive options even further may be Tuchel's first point of call in January with reports suggesting they will return with a bid to sign Jules Kounde.

Christian Pulisic is a supposed target for Liverpool (Image: GETTY)