PLAYER RATINGS: Bowen and Rice shine, while Mendy has day to forget

Chelsea supporters are up in arms over West Ham defeat 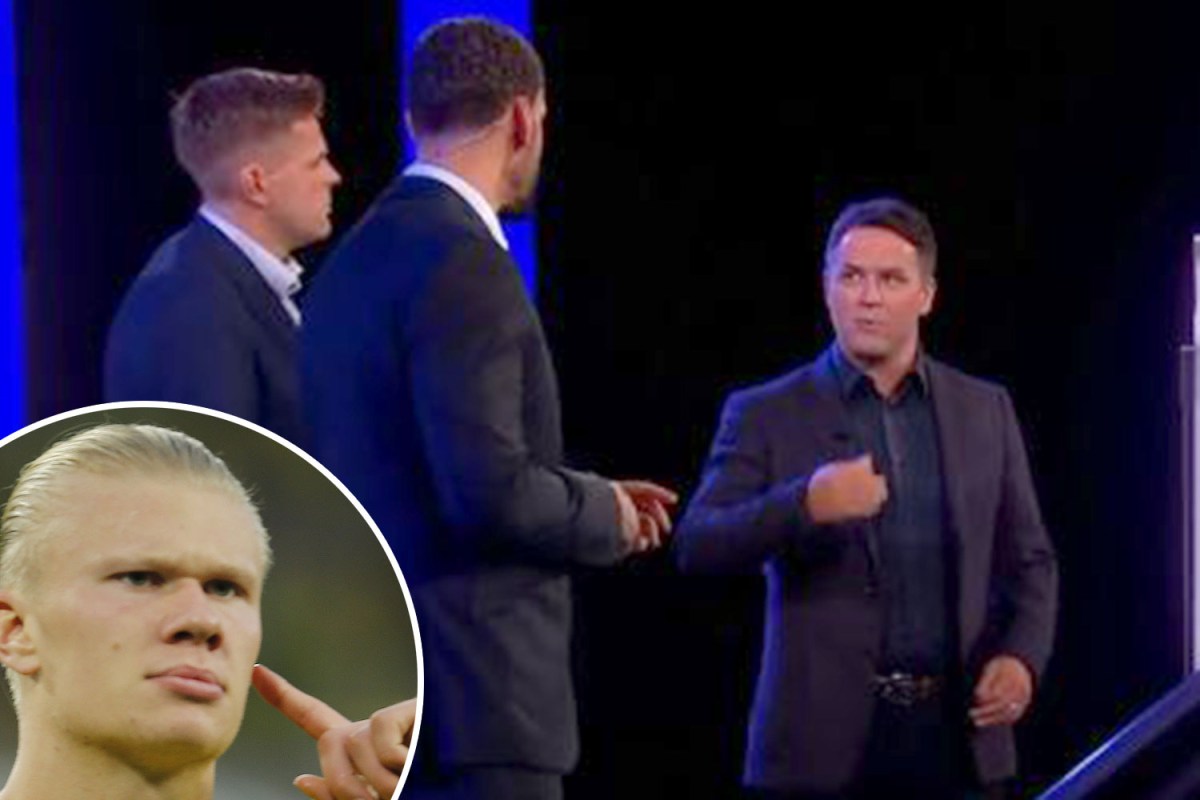 FORMER Premier League players Rio Ferdinand and Michael Owen have narrowed down Manchester City and Liverpool as the two best fits in the Premier League for Erling Haaland.

Manchester United legend Ferdinand believes Liverpool are the No1 suitors for the Borussia Dortmund ace.

Haaland is already the centre of much transfer speculation with a reported release clause of just £64million.

And with Dortmund knocked out of the Champions League at just the group stages it seems almost certain the 21-year-old will move on.

Ex-Liverpool man Owen suggested on BT Sport that Manchester City would be the best club for him to go to, to which Ferdinand replied: "I think he suits other teams better, if I’m Liverpool I’d take him right now.

He also pointed out it wasn't that easy to adapt to life at the Etihad, with Jack Grealish yet to fully settle following his £100million move in August.

"You see Jack Grealish, he’s gone to Manchester City, top player brilliant player we all love watching him [but] it’s quite hard to adapt to get into that team.

"Not many players go there and adapt immediately."

Owen though remained confident of a link-up with Pep Guardiola at Manchester City.

He also seemingly ruled out a move to Old Trafford, with Haaland's controversial agent Mino Raiola notoriously hard to deal with.

Haaland's father, Alf-Inge, also had a history of on-field clashes with United legend Roy Keane while at bitter rivals Leeds.

And after Romelu Lukaku's £97.5million summer move to Chelsea, Owen finds it hard to believe that Thomas Tuchel would target another striker.

He said: "I would have thought Manchester City would be the likeliest.

"I’m not sure if there’s a bit of bad blood between Haaland, his agent, obviously his dad playing against Roy Keane at Manchester [United], I’m just not sure whether the Manchester United one would fit.

"Lukaku has now gone to Chelsea, not sure whether he would fit."

Haaland is one of the hottest prospects in football but didn't manage to fire Dortmund into the knockout stages of the Champions League, and also failed to qualify for the World Cup with Norway.

Outside of the Premier League he has been linked with a move to Real Madrid.

But in a boost to the Prem clubs chasing him Los Blancos have reportedly 'accepted' that he will be moving to the Premier League.

It just remains to be seen who in the English top-flight wins the race for one of the most sought after signatures on the planet.