Ronaldo will have to 'CHANGE the way he plays', warns Kleberson

Lampard recalls how his spell as Chelsea manager ended

Lampard gives insight into working with Marina Granovskaia at Chelsea

Frank Lampard opens up on his Chelsea downfall to Gary Neville 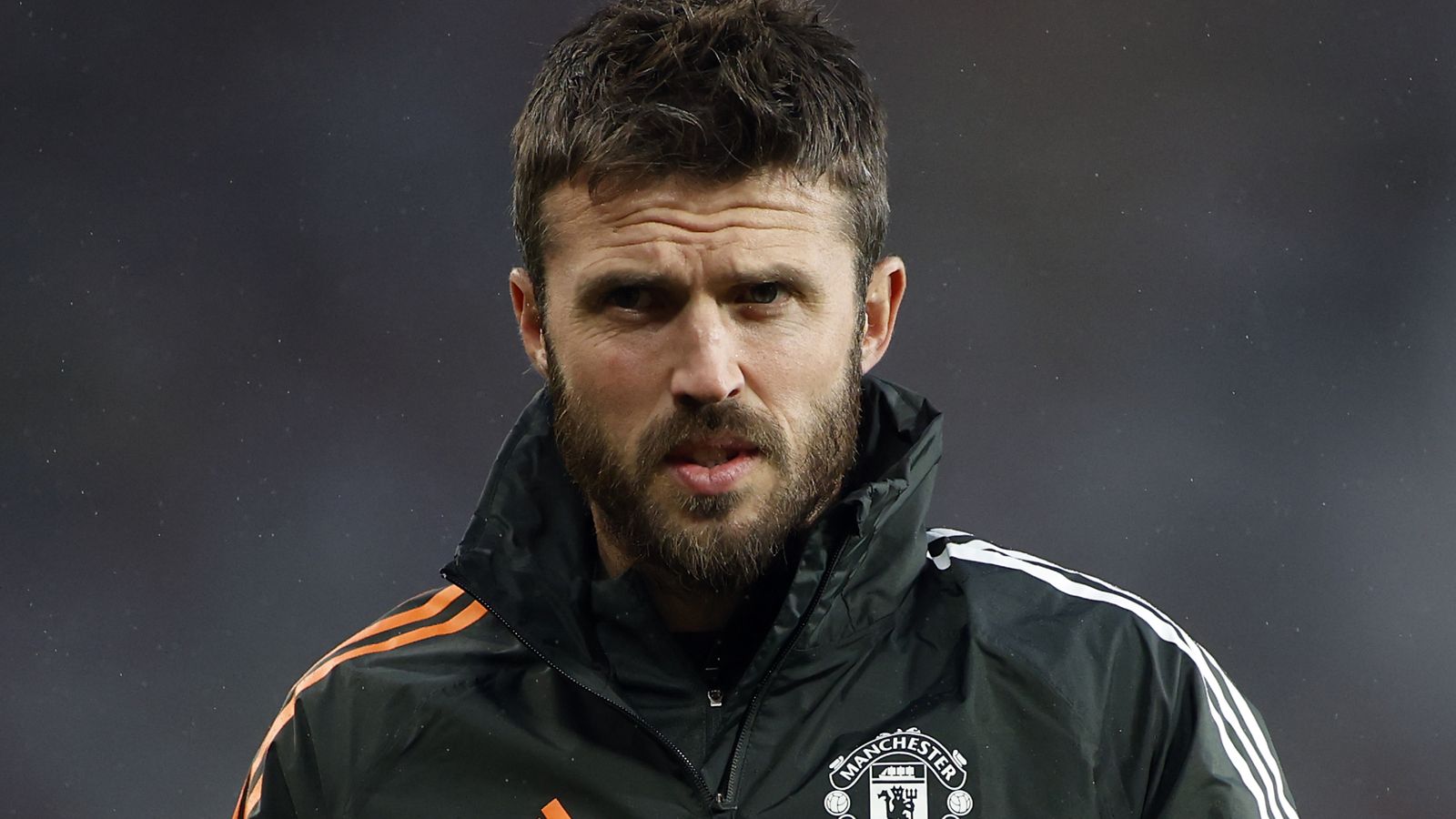 Michael Carrick is expected to be in charge of Manchester United for Sunday's game at Chelsea as the club continue their search for an interim manager until the end of the season.

Carrick has been placed in temporary charge while United conduct a thorough process to appoint an interim boss following the sacking of Ole Gunnar Solskjaer last week, before beginning their search for a permanent successor.

The club are planning to make a permanent appointment at the end of the season and Paris Saint-Germain boss Mauricio Pochettino is their first choice, with Ajax head coach Erik ten Hag also in their thinking.

Talks are ongoing with a number of candidates including Ernesto Valverde and Ralf Ragnick, while some reports suggest former Lyon head coach Rudi Garcia has also been approached.

Sky Sports News has been told United did not speak to anyone prior to Solskjaer's departure.

United are not ruling out the possibility of making a mid-season move for a permanent manager - even if they appoint an interim beforehand.

It is understood former Tottenham boss Pochettino would be interested in moving to Old Trafford, although he said on Monday he is "so happy" at PSG and will not allow United's interest to distract him from his current role.

Pochettino joined PSG in January and is contracted to the Ligue 1 club until the summer of 2023.

There are a number of high-calibre people United would consider longer-term if available.

The club want to take time to get the right person long term - with the interim seen as someone who can quickly bring stability and momentum for the rest of this season.

Solskjaer was sacked by United on Sunday after just under three years in charge at Old Trafford.

His final game was a 4-1 thrashing at the hands of Watford on Saturday that left United eighth in the Premier League, 12 points behind leaders Chelsea after 12 games.

No time for sentiment now at Man Utd

There was a moment during the second half of Chelsea's win over Leicester City at the King Power Stadium when the boisterous away support chanted the name of Frank Lampard. It was a nice change of pace after an hour of 'super Tommy Tuchel'.

This is how it should be. The former goalscoring hero fondly remembered. The master tactician in the dugout. Ole Gunnar Solskjaer's name will continue to be sung by Manchester United supporters. The days of him being allowed to pick the team are over.

Perhaps it is time for the notion of Manchester United exceptionalism to be consigned to history too. The idea has taken root that there is something peculiar to the club that only those steeped in its customs and culture can decipher. It is absurd.

Consider the knights they are seeking to emulate. Sir Matt Busby was a former Liverpool player. Sir Alex Ferguson arrived from Aberdeen, not as his Padawan, but with an already compelling case to be regarded as Europe's best manager. No sentiment involved.

Those that live in the past are doomed to repeat it. But it is not the trophy-laden years of Ferguson that Manchester United are likely to replicate if their retrograde attitude persists, but the stasis that has followed. Nostalgia cannot inform the decisions.