Lyons Offers His Assessment On Under23s Victory Against Chelsea

Cybulski Delighted With TwoGoal Haul In Under23s Win Over Chelsea

West Ham vs Chelsea prediction and odds, with Thomas Tuchel's side facing test

Better drop Saul: Niguez looks to have no Chelsea future

"Would be good for him" - Player encouraged over transfer to Chelsea, defender is 'good, strong and fast'

'I knew straight away' - Lampard on Chelsea exit 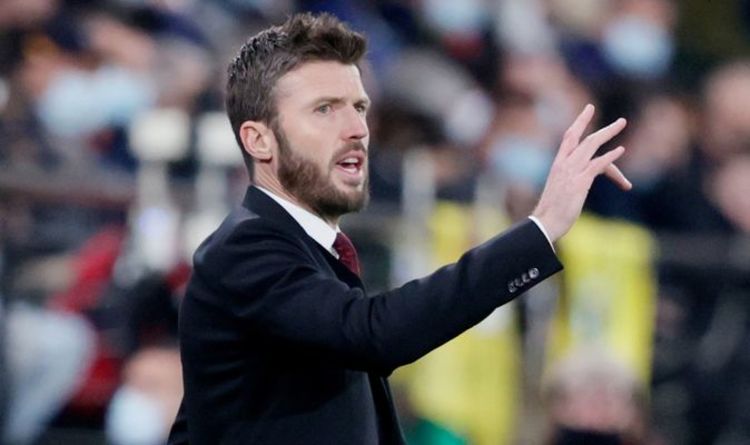 Manchester United caretaker boss Michael Carrick is awaiting news on three players ahead of the Red Devils’ trip to Premier League leaders Chelsea on Sunday. United have dropped some early team news on their website, confirming that first-choice defensive pairing of Harry Maguire and Raphael Varane will miss the crunch clash.

Maguire’s sending off for receiving two yellow cards against Watford means that the England defender is suspended for the visit to Stamford Bridge.

The former England midfielder will also be without Varane, who has not recovered from the thigh problem he suffered a fortnight ago. His France international team-mate Paul Pogba is a long-term absentee.

But Carrick, whose first game in charge was the 2-0 win over Villarreal, remains keen to get updates on three key stars as he attempts to scupper Chelsea’s title hopes.

According to the club website, Luke Shaw is being further assessed having suffered a concussion during the Manchester derby defeat nearly three weeks ago. The 26-year-old missed the November internationals and the loss to Watford.

Striker Edinson Cavani is fighting to overcome a tendon issue while Mason Greenwood is battling for fitness after missing two matches with Covid-19.

United interestingly moot the idea of Carrick starting with a back three against the Blues, who also adopt a similar system.

They suggest that Shaw could move into a more central role if he is passed fit, with Alex Telles continuing on the left.

If Carrick does choose to add an extra defender then Eric Bailly could play alongside Victor Lindelof.

Man Utd: Will the next manager win a trophy? (Image: EXPRESS SPORT)

“It’s obviously been an emotional few days. The first person I spoke to after Ed [Woodward] asked me to do this role was Ole, to almost see what he thought about it because I felt that was the right thing to do.

“I have a responsibility to be here managing the team and I take great pride in that.

"It wasn’t about me tonight though, it was about getting through [the group].

“It was a massive game, when you get to this stage in the Champions League it can swing so easily both ways, so it was vital we came here and got the right result and we managed to do that so I’m delighted.”