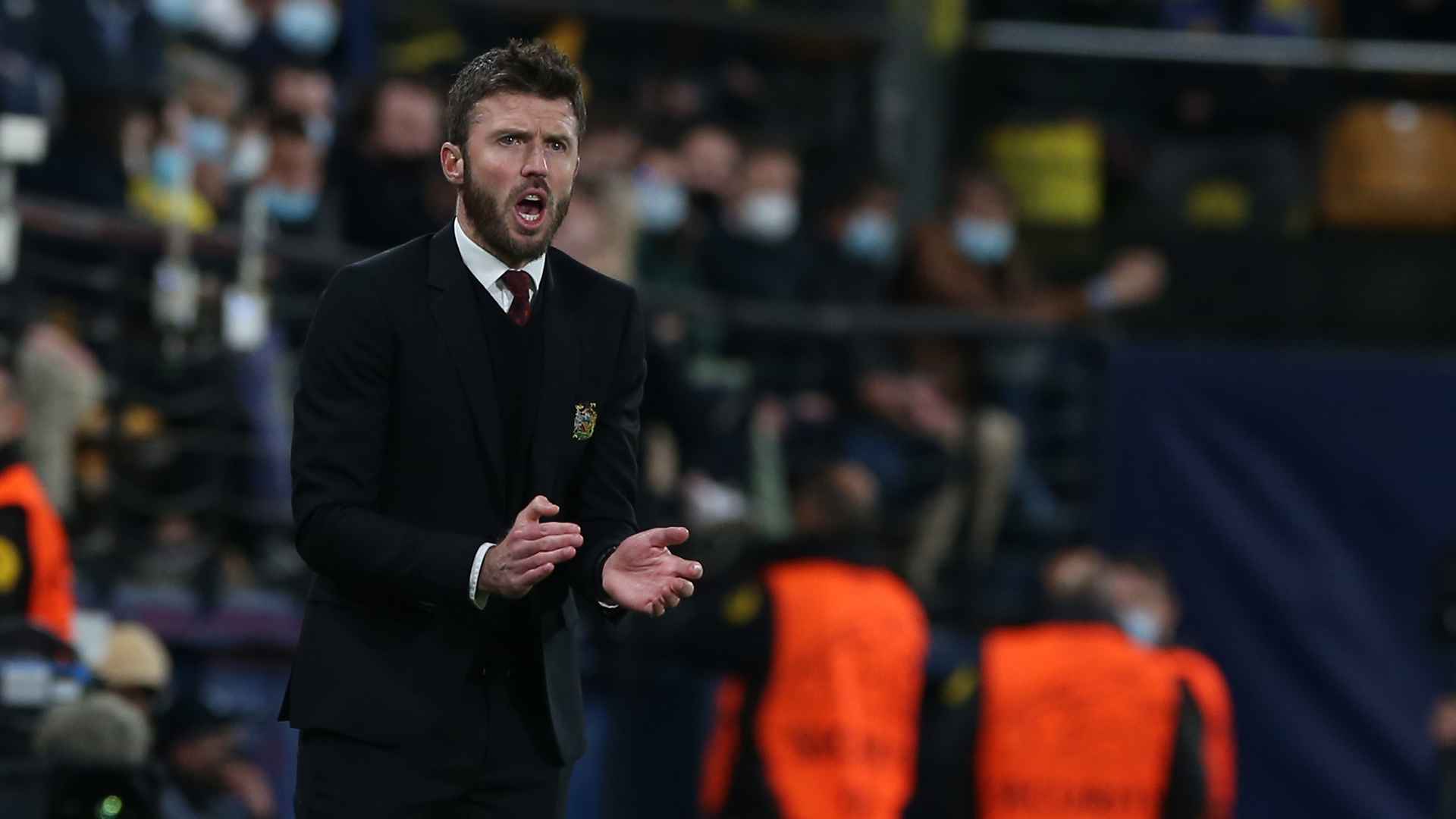 Another massive Premier League game lies in wait on Sunday, when caretaker boss Michael Carrick takes his Manchester United side to Chelsea.

The Blues are in pole position a third of the way into the top-flight season, with Thomas Tuchel keen to add the domestic crown to the Champions League title claimed earlier this year.

United start the weekend eighth and will be underdogs against the in-form Londoners, but an impressive European win over Villarreal in Spain on Tuesday can provide confidence.

The match at Stamford Bridge kicks off at 16:30 GMT on Sunday and will be broadcast live on Sky Sports Premier League and Sky Sports Main Event in the UK.

MUTV's coverage will begin when Matchday Live goes on air at 15:25 GMT - the show will include pre-match build-up, live match radio commentary and post-match analysis. Alternatively, you can follow the game with live updates via ManUtd.com and our Official App.

United will have to make do without Harry Maguire on Sunday, with the captain serving a one-match suspension after being dismissed for two bookable offences at Watford. It will be only the sixth Premier League game Maguire has missed since signing from Leicester in August 2019.

Paul Pogba and Raphael Varane remain sidelined, although Varane will hopefully be available again next month after already spending three weeks out with a hamstring injury. Luke Shaw (concussion) and Edinson Cavani (tendon) did not travel to Spain with the rest of the squad and it is unclear whether either will be fit enough to return at the weekend. Mason Greenwood recently tested positive for COVID-19 and couldn’t be included for the trips to Watford and Villarreal.

Ben Chilwell and N’Golo Kante will need to be assessed after leaving the field injured during Chelsea’s last match, the 4-0 victory over Juventus in the Champions League on Tuesday. Romelu Lukaku and Timo Werner returned to the Blues’ squad for that fixture after a month on the sidelines, with the latter coming on to score Chelsea’s fourth and final goal. Kai Havertz and Mateo Kovavic have thigh problems and both missed the clash with the Old Lady.

United may have secured top spot in Champions League Group F in midweek, but our league form has been disappointing over the last two months.

That said, our most recent trip to London resulted in a convincing 3-0 victory over Tottenham Hotspur, while we also beat West Ham United 2-1 away in September. Discounting Watford, which is considered as being outside the capital, United’s last league defeat in London came 11 visits ago, on New Year’s Day 2020, at Arsenal.

The hosts have been in fine form domestically, with the surprise home draw to Burnley prior to the international break the only game Tuchel’s side have failed to win in the league since September. Chelsea convincingly dispatched Juventus in the week and United will need to find a way past their impressive defence: in the 50 games since Tuchel took over from Frank Lampard in January, the Blues have kept 31 clean sheets, conceding just 24 goals.

Chelsea and United played out a couple of goalless draws in last season’s behind-closed-doors games, but we have a good recent record against the Blues in the Premier League, having not lost to the capital club since November 2017. Stamford Bridge has traditionally been a bit of a bogey ground for us, with the Reds going a decade without winning there under Sir Alex Ferguson between 2002 and 2012.

Things have improved in recent years though and, if you include a pair of 2019 cup victories, we’re actually unbeaten in five visits to the Blues’ home. Anthony Martial and Harry Maguire were on target in the particularly memorable league success last February, just before the initial COVID-19 lockdown.

United are unbeaten in our last seven top-flight games against Chelsea. Only once have we recorded a longer run against the Blues – a stretch of 10 between 1938 and 1950.

We’ve kept four consecutive Premier League clean sheets against the Blues and only Newcastle in the 1910s have a longer run without conceding against Chelsea in the top flight (six).

Carrick will be the first Englishman to take charge of Manchester United in a league game since Ron Atkinson oversaw a 1-1 draw with Coventry City in November 1986.

With thanks to Opta.