Chelsea crowned club of the year at the Ballon d'Or ceremony

PETER CROUCH: AFCON is a problem for Liverpool in close title race

Hasselbaink disagrees with Carrick over Manchester Utd performance vs Chelsea

Will Rangnick leave Ronaldo on the bench? 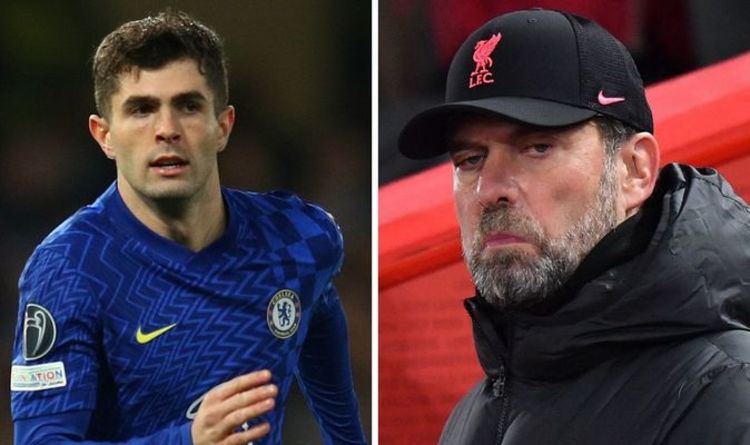 Liverpool are being linked with a host of players with the January transfer window opening in just a few weeks. Jurgen Klopp's side are battling at the top of the table and they'll be desperate to keep tabs of Chelsea over the festive period.

Games come thick and fast around Christmas, with managers hoping they're squad come through unscathed.

Liverpool already have a few injury issues to contend with, but players are starting to make their returns.

January is often crucial in title contenders keeping pace with their rivals though and this year holds particular significance with the Africa Cup of Nations taking place.

Liverpool will be hurt more than most with Mohamed Salah, Sadio Mane and Naby Keita all departing.

Bringing in fresh recruits up top may well be a necessity in the January transfer window and Express Sport takes a look at how Klopp's squad could look come the end of the month.

Christian Pulisic is a target for Liverpool (Image: GETTY)

Reports in Italy this week have linked Liverpool with an audacious bid to sign Chelsea's Christian Pulisic.

Liverpool may come unstuck in trying to negotiate with Chelsea, considering both sides are gunning for the title this season.

But Pulisic has fallen down the pecking order at Stamford Bridge and he would provide some excellent cover for Liverpool if he was brought in.

The USA international lit up the Premier League a few years ago before injuries took their toll and he fits the mould for the kind of player Klopp loves.

Renato Sanches has been linked with Liverpool (Image: GETTY)