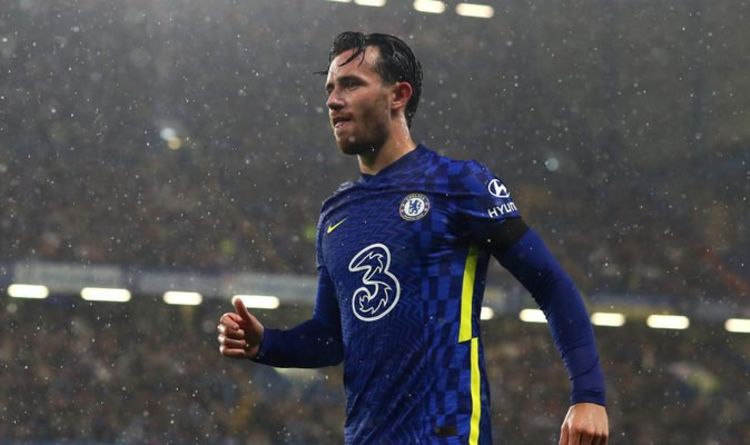 Chelsea boss Thomas Tuchel and transfer chief Marina Granovskaia could be forced into more January activity than they had initially planned after Ben Chilwell sustained an injury against Juventus on Tuesday. The Blues' wing-backs have been pivotal to the club's early success this season as Tuchel's side fly high both domestically and in Europe.

On the opposite flank, Reece James had a markedly more enjoyable night after his superb half-volley helped Chelsea towards a resounding 4-0 victory.

Trevoh Chalobah, Callum Hudson-Odoi and Timo Werner also got in on the action, but the three points were soured somewhat by Chilwell's injury.

N'Golo Kante also hobbled off, leaving a slightly bitter taste in Tuchel's mouth ahead of a crunch clash with Manchester United this Sunday.

With Chilwell set to receive the results from a scan which will reveal the extent of his worrying injury, Express Sport looks at three left-backs who Granovskaia could go after in January.

Chelsea fear that Ben Chilwell may have sustained an ACL injury against Juventus (Image: GETTY)

Chelsea have placed attacking wing-backs at the forefront of their tactical philosophy since Tuchel's arrival, and Gosens certainly fits that brief.

Deemed strong enough to start for Germany at Euro 2020, Gosens has had a hugely impressive past few seasons with Atalanta.

Hitting double figures in terms of goals across the two campaigns prior to 2021/22, there are not many wing-backs who can match the 27-year-old's output.

And Atalanta are heralded to be a selling side, so if the Blues are willing to match his £32million valuation, there could be a deal to be done.

Nicolas Tagliafico could be a tempting prospect for Chelsea in January (Image: GETTY)

As the old cliche goes, Bertrand cannot be written off for the simple fact that he 'knows the club' better than most.

After signing as a 16-year-old, the England international was part of the Chelsea set-up for a full decade before he eventually fled to Southampton.

On the south coast, he established himself as a solid Premier League left-back, and it was enough to tempt Leicester into luring him in during the summer.

Things have not exactly worked out since though, with manager Brendan Rodgers seemingly unconvinced, therefore a reunion could very much be feasible if the Blues are strictly looking for a short-term solution.