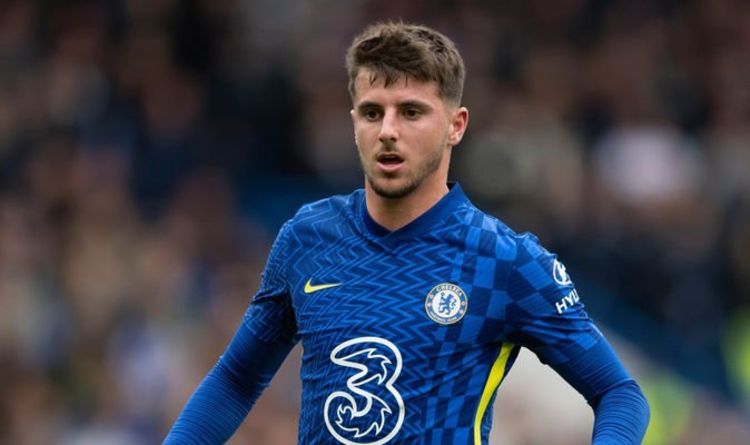 Chelsea are apparently refusing to panic over Mason Mount’s future amid reports that he could quit Stamford Bridge to sign for rivals Liverpool. Chelsea currently top the Premier League table after winning nine of their 12 matches this season.

According to The Telegraph, Chelsea have yet to open talks with Mount about a new contract and are expected to wait until the end of the campaign before sitting down with the player.

The midfielder has two-and-a-half years remaining on his current deal and is said to be happy in west London, despite reports emerging recently which suggested Mount believes he is underappreciated at the Blues.

“Mason is a top lad and thought of well within Chelsea, and is popular with the team,” a source close to the player told the Daily Star. “But he isn’t feeling appreciated anymore.”

Mount has made 15 appearances for Chelsea this season, but has only returned three goals and two assists.

All three of those strikes came in the same game as the England international hit a hat-trick in his side’s 7-0 thumping of Norwich last month.

Chelsea midfielder Mason Mount has been tipped to move to Liverpool (Image: GETTY)

He missed two games due to problems with his wisdom teeth and his appearance against Leicester on Saturday was his first Premier League start in nearly a month.

The 22-year-old had his wisdom teeth removed during the international break and was forced to miss the Three Lions’ thrashings of Albania and San Marino.

Mount joined the Chelsea academy as a six-year-old and signed a five-year contract at the start of the 2019 campaign after a successful loan spell at Derby County.

He is thought to earn around £75,000 per week, while some of his higher-earning team-mates are said to be on five or six times that amount.

“And the most important part is his character, he has his feet on the ground and he’s a nice guy.

“He comes to Cobham every day to learn something new and have new experiences.

“He is the guy who can recover very fast, he’s a very physical player and is fully adapted to Premier League football.”