Carrick: There's no substitute for winning

4-2-3-1 With Ronaldo, Sancho & DVDB | How United’s Starting XI Under Michael Carrick Could Look Like Against Chelsea

Posted Saturday 27th November 2021 on Up The Hammers

Antonio Conte is not scared of Tottenham's 'bumpy' road ahead 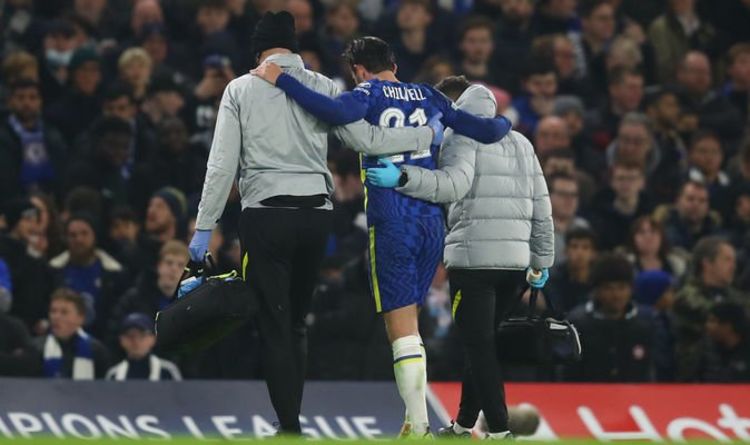 Chelsea will be without Ben Chilwell until at least the end of this year as he waits to discover whether he has sustained season-ending anterior cruciate ligament damage. Chilwell limped off during his side’s 4-0 Champions League victory over Juventus on Tuesday night.

According to The Telegraph, Chilwell underwent a scan on Wednesday but club chiefs now want him to rest in an attempt to allow the injury time to start to heal on its own.

The 24-year-old has become a crucial member of Thomas Tuchel’s side and the German manager doesn’t want to rush into sanctioning an operation if Chilwell can recover without needing one.

Chilwell will be given a second scan, which is likely to take place in the New Year, and will probably miss the rest of the season if he does need to go under the knife.

The news will come as a major blow to Chelsea, with Chilwell enjoying a purple patch of form in recent weeks.

The left wing-back has scored three goals and contributed an assist during his last six Premier League games.

And his assured performances at the other end of the pitch have helped the Blues rack-up four clean sheets in those matches.

Chilwell was again in imperious form on Tuesday before his evening came to a premature end as the Blues recorded their fourth shutout in this season’s Champions League.

And their emphatic victory moved them to the top of the Group H table as they leapfrogged their Italian opponents.

Chelsea have already qualified for the knockout stages of the competition and will be hoping to cement their place as group winners when they travel to Russia to face Zenit St Petersburg next month.

Chelsea boss Thomas Tuchel has been dealt a huge blow with the news of Ben Chilwell's injury (Image: GETTY)

“It worries me because he was in such a fantastic moment like Reece [James] on the other side,” Tuchel admitted when quizzed about Chilwell in the aftermath of Tuesday’s victory.

“They were in the best shape they could possibly be - so strong, full of confidence and such a lot of quality.”