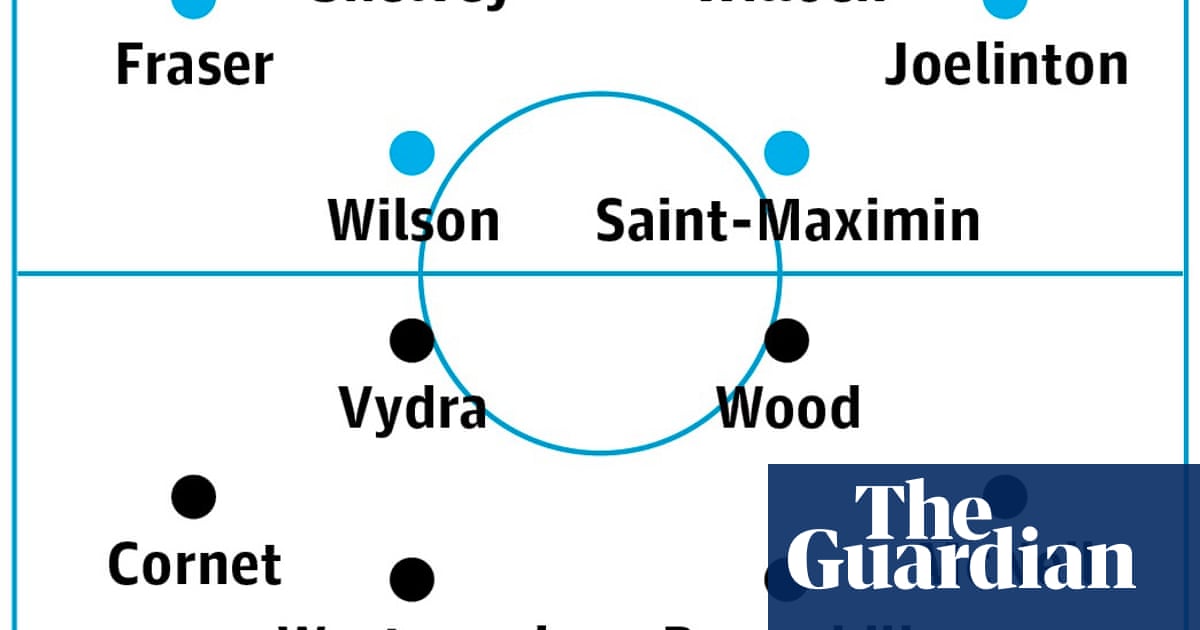 Eddie Howe once managed Burnley and retains considerable affection for his old club but will be desperate to defeat them. Indeed if Newcastle fail to secure their first win of the season relegation will start to look increasingly inevitable. Unfortunately Howe’s record against Sean Dyche’s team does not inspire great confidence. Newcastle’s manager can only hope for another stellar performance from Joelinton. Apparently reborn under his management, the £40m Brazilian striker excelled in an often defensive midfield role following Ciaran Clark’s early sending off during Tuesday’s draw with Norwich and may well end up being reinvented as a no 8. Louise Taylor