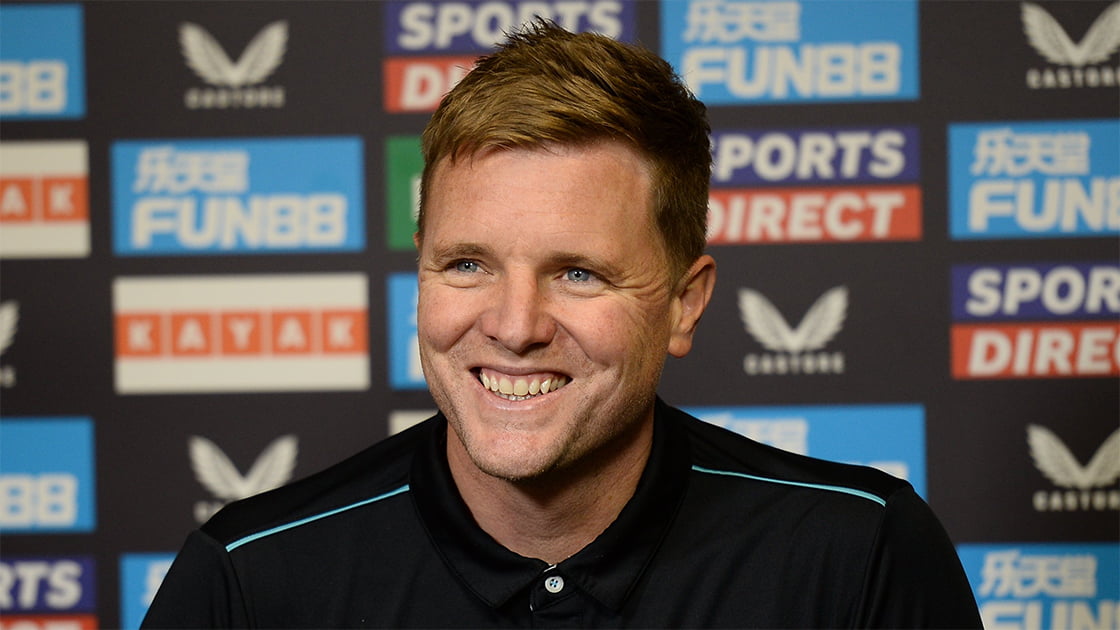 It had the feeling of something akin to a hangover for Eddie Howe on Tuesday, the day after he celebrated his 44th birthday.

Fortunately, the hangover proved not to be quite the ultimate one from hell, as Newcastle battled to a 1-1 draw against relegation rivals Norwich.

However, failing to get three points from that ‘must win’ game has simply upped further the pressure that has piled on Saturday’s game.

The NUFC Head Coach speaking to journalists ahead of this key game, with Eddie Howe giving an update on the availability of players.

In total, two Newcastle players are definitely ruled out.

Whilst Ciaran Clark is also not available due to Tuesday’s red card and subsequent suspension.

However, Jamaal Lascelles and Matt Ritchie return to the squad and potentially the team, after serving their one match suspensions.

Eddie Howe saying that after apparently only picking up ‘bumps and bruises’ against Norwich, he doesn’t anticipate any other players to be unavailable, meaning an almost complete squad to choose from – 24 of the 26 NUFC first team squad members.

Eddie Howe talking to the media about the injury / fitness situation ahead of Saturday’s match against Burnley – 3 December 2021:

“Injury-wise we’ve got a few bumps and bruises but hopefully nothing too serious.

“Hopefully the squad has come through Tuesday unscathed and we’ve also got the two lads [Lascelles and Ritchie] back from suspension.”

“There was so many positives to take from Tuesday, although it wasn’t the result we wanted.

“If we can go into this game with the same fundamentals, spirit, fight and togetherness then I back the players to get that first win sooner rather than later.”

“I thought he was outstanding.

“A model professional who prepared well, trained well and was ready for his moment when it came.

“I really love him as a person and he’s going to be invaluable.

“His leadership qualities are there for all to see.”

“He’s a hugely important player because he has physicality and pace in our back line and they’re qualities we need.

“I really like Jamaal and I think there’s a lot more to come from him.

“I think we can take his game to new heights.”

Eddie Howe on the fans:

“Tuesday was an amazing experience and everything I hoped it would be.

“I thought they supported us in a moment where we really needed them.

“I think they really galvanised the team and I can’t thank them enough for what they did for me, personally.”