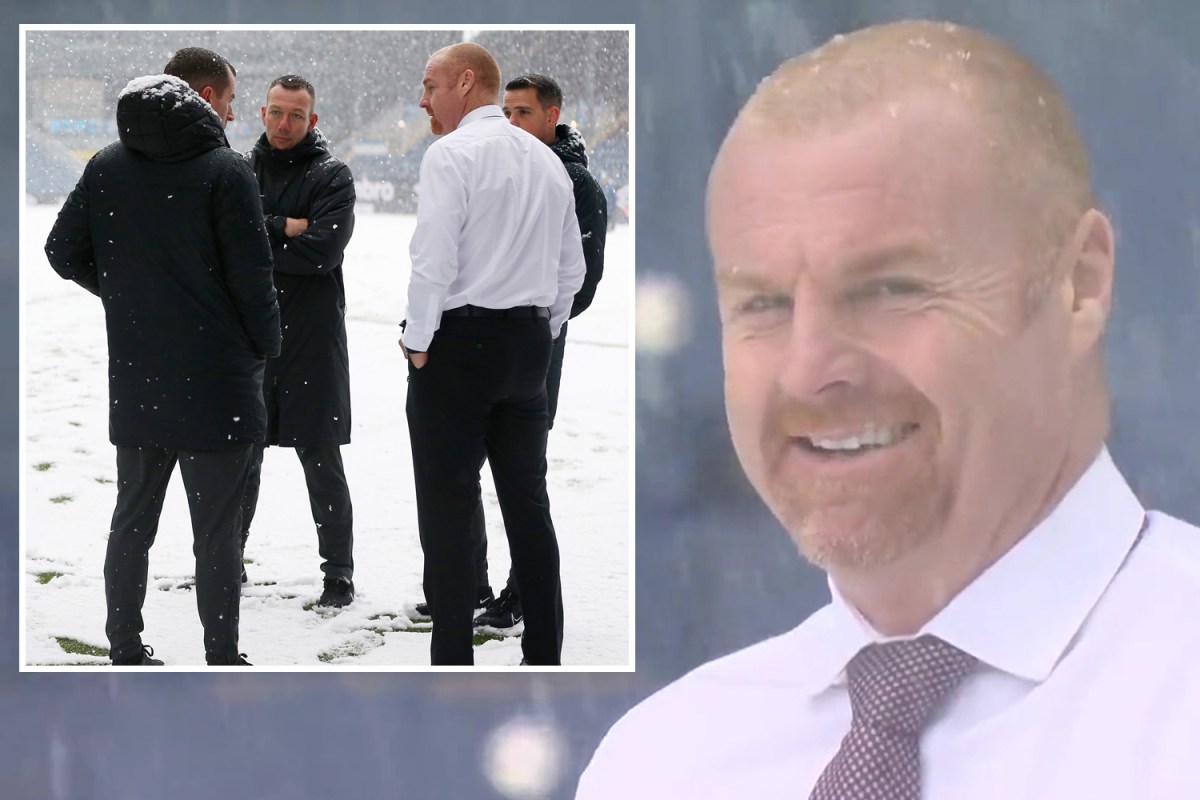 IT was snow holds barred for Sean Dyche's hardman reputation.

The grinning Burnley manager wore just a shirt and tie on the snowy Turf Moor pitch as a blizzard forced off the clash with Tottenham.

The Clarets hoped to sleigh struggling Spurs and rise above the drop zone.

But although ref Peter Bankes asked for the snow to be swept away, he eventually postponed Sunday's match after speaking to Dyche and Tottenham chief Antonio Conte.

Dyche's dramatic appearance, however, earned him new plaudits on social media - and even comparisons to a famous horror movie scene.

One fan posted: "Something about this reminded me of Jack Nicholson from The Shining. Sean Dyche take a bow."

Another said: "Sean Dyche is the hardest bloke in football. I'm surprised he's not topless."

And one accolade suggested if the ex-defender can't actually move mountains then he does at least have some super-human connection with nature.

Maybe the 50-year-old's manager's lack of attire was just his wishful thinking it was summer all over again and the first day of the season - as third-bottom Burnley have won just once in their 12 Premier League games.

And if they keep up their poor form they could soon be stuck in snow man's land, sliding into deeper trouble.

For Spurs, meanwhile, rearranging the match could mean an avalanche of fixtures as they already have nine games scheduled for December.

Burnley vs Tottenham in major doubt due to heavy snow... but Clarets boss Sean Dyche braves conditions without a jacket