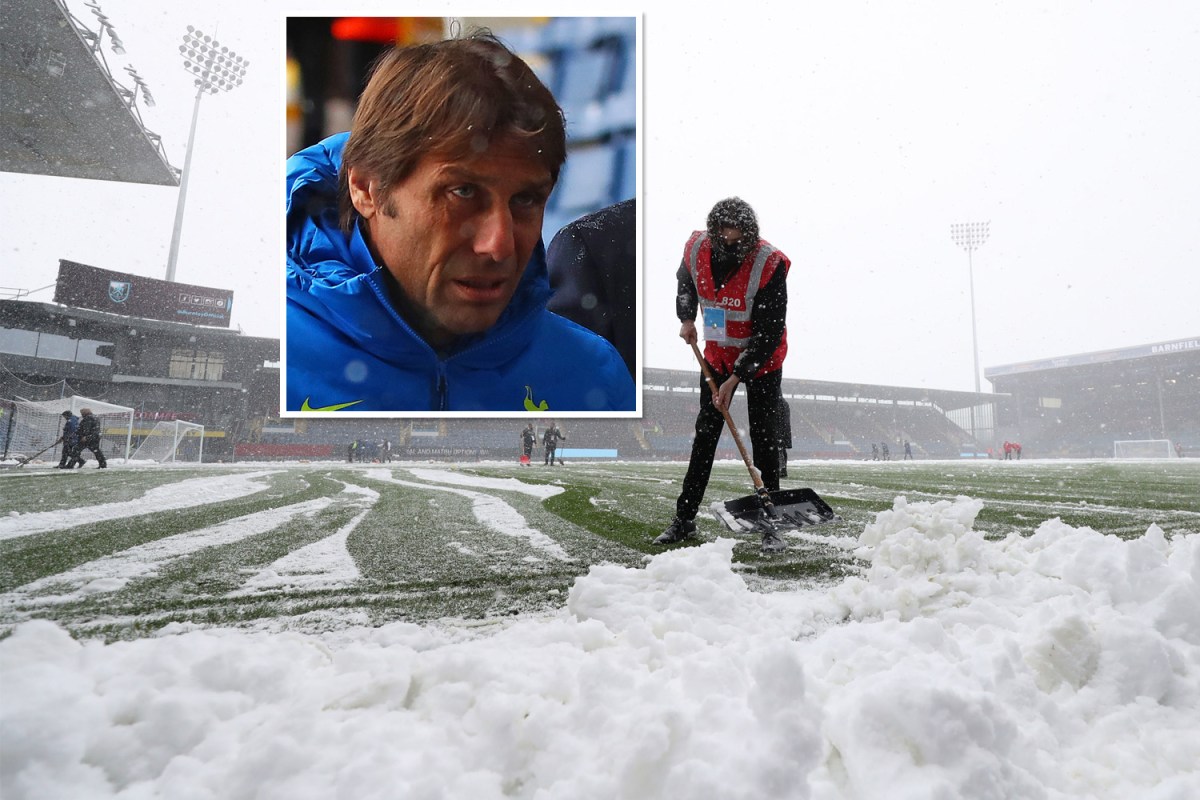 TOTTENHAM are facing a nightmare fixture pile-up until the New Year following the postponed clash against Burnley due to snow.

The North London outfit were due to face the Clarets at 2pm on Sunday, but the match was scrapped after being deemed unable to go ahead safely.

Tottenham boss Antonio Conte will be left feeling frustrated after the clash against Burnley was called offCredit: Getty

Heavy snowfall at Turf Moor led to the game being postponed as it was deemed unplayableCredit: PA

Despite Turf Moor boasting undersoil heating, it proved ineffective, as temperatures in the Lancashire town are around one degree.

Efforts were made to clear the snow from the pitch, but it came to no avail.

A Spurs club statement read: "We can confirm that today's match against Burnley has been postponed due to adverse weather conditions.

"With the snow continuing to fall at Turf Moor with less than an hour to go until kick-off, the volume of snow coverage on the pitch has been deemed too much for the game to be played."

No details for the rearranged match between the two teams are yet to be confirmed, with an update expected in the near future.

Boss Antonio Conte will be left frustrated by the postponement with his side set to play TEN times between now and January 1.

Incredibly, Spurs are set to play NINE times in December as they juggle the Premier League with the Carabao Cup and Europa Conference League.

Due to being involved in three tournaments, Tottenham will play a game every midweek until they face Watford in 2022.

Next up for Spurs is a home match against Brentford next Thursday, before hosting Norwich three days later.

They then come up against Rennes in their last Europa Conference League group game where they have to win to give themselves a chance of advancing to the next round.

A trip to Brighton then follows again three days after, before the club travel to Leicester on December 16.

Liverpool are then next up on December 19, with the Carabao Cup quarter-final against West Ham taking place three days later.

A Boxing Day clash against Crystal Palace is followed by a trip to Southampton in Spurs' last match of 2020, before facing the Hornets at Vicarage Road on January 1.