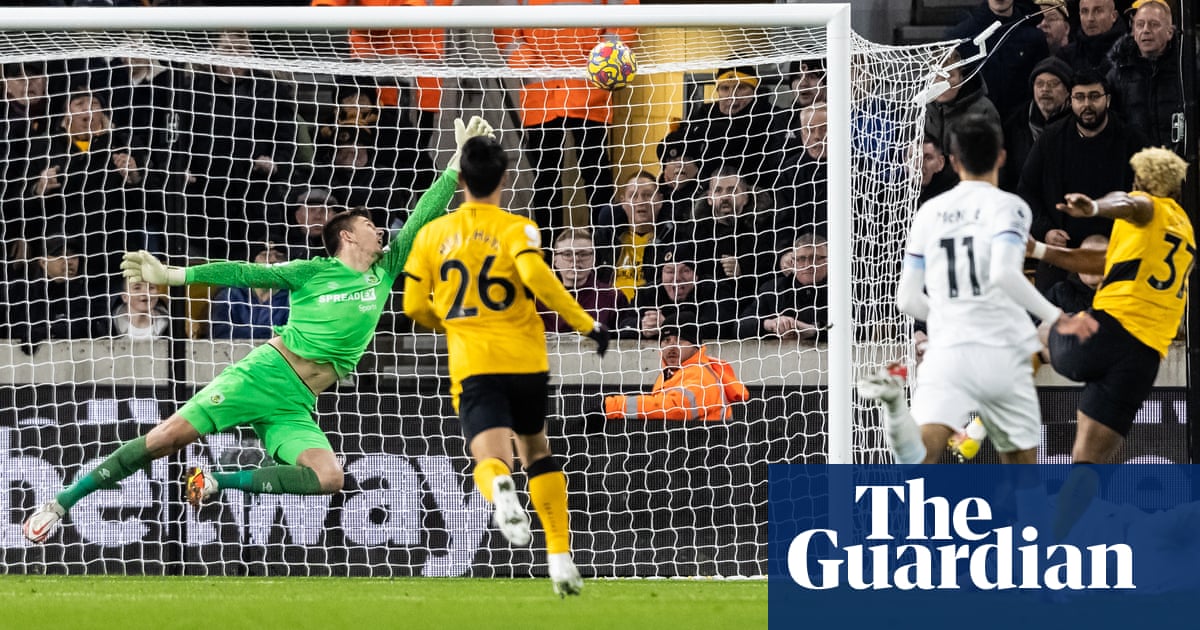 Wolves could have gone fifth in the Premier League if they had converted their dominance into victory but only scoring once in their past four matches balances the perspective of where Bruno Lage’s team are in their development.

A second successive goalless draw against a team in the relegation zone indicates Wolves still have to solve the dilemma between being difficult to beat and progressing towards realistic challengers for European qualification.

Burnley, defeated only once in eight games, remain solid themselves but were grateful that Adama Traoré’s shot on the half-hour mark deflected against the underside of the crossbar and out. That was the nearest Wolves came to scoring.

Only the top three in the Premier League had conceded fewer than Wolves’ 12 goals at the start of play but the question was whether they could find the finishing power to match such defensive solidity.

Hwang Hee-chan certainly looked dangerous when he flailed out in retaliation to Matthew Lowton’s raised arm as the pair competed in the air on the halfway line. Both were booked.

Traoré, back in the starting line-up for the first time since October, has been flattering to deceive again so much since a scintillating start to the season that he has made a limited impact even when coming on as a substitute in recent games.

After a quiet first 20 minutes, however, he exploded into life as Burnley, somehow, left only one man back to guard him from their own corner. When the ball ricocheted out to the Spain forward in the centre-circle, he turned, sprinted but decided against squaring the ball to Raúl Jiménez on his left and, accelerating past Charlie Taylor, smashed a ferocious shot against the underside of the crossbar.

Traoré was shaking his head in disappointment but soon picked himself up again and, this time, laid the ball off Jiménez to try and weave a way goalwards. Taylor, however, timed his tackle to perfection to avert the danger.

Burnley had won only one game this season prior to this but, defeated only once in five games, had enjoyed a longer rest, since their 3-3 draw with Crystal Palace on 20 November, with Sunday’s game at home to Tottenham snowed off.

With James Tarkowski and Ashley Westwood suspended, Neil Collins and Jack Cork helped them keep their customary compact shape well, although the most dangerous they looked in the first half was when José Sá punched Maxwel Cornet’s corner behind and a woman in the crowd needed treatment for a nose bleed.

Wolves started the second half in the ascendancy but, despite continuing to make incisions down the flanks, appeared to lack the presence in the box. When Rayan Aït-Nouri’s cross from the left rebounded kindly, Traoré fell over as he attempted to shoot.

When Jiménez endeavoured to muscle his way past Collins, the former Stoke City defender went to ground, claiming serious injury. John Brooks, enjoying a quietly authoritative first game in charge of a Premier League game, had a word with the Wolves forward but read the situation well. Similarly, he allowed play to flow after Jay Rodriguez upended Max Kilman with the home team in possession before booking the Burnley substitute at the next stoppage.

Sean Dyche knows how to put a team together to stop Wolves, however, after a run of five games undefeated against these opponents and Burnley retreated into their two lines of four behind the ball, their midfield so compact.

Traoré went hell for leather to try and break through, sprinting past four men in one breathtaking run down the right and crossing towards Jiménez, before Hwang tried to get through on the other flank, his shot being deflected behind.

Bruno Lage did his best to rouse the crowd still further, waving his arms at all four corners of the ground but the nearest Wolves came in the final few minutes was when Nick Pope tipped aside Traoré’s shot from wide on the right corner of the penalty area. Dwight McNeil had Burnley’s first shot on target in the 77th minute, José Sá saving well at his near post. But Burnley appeared satisfied with a point.