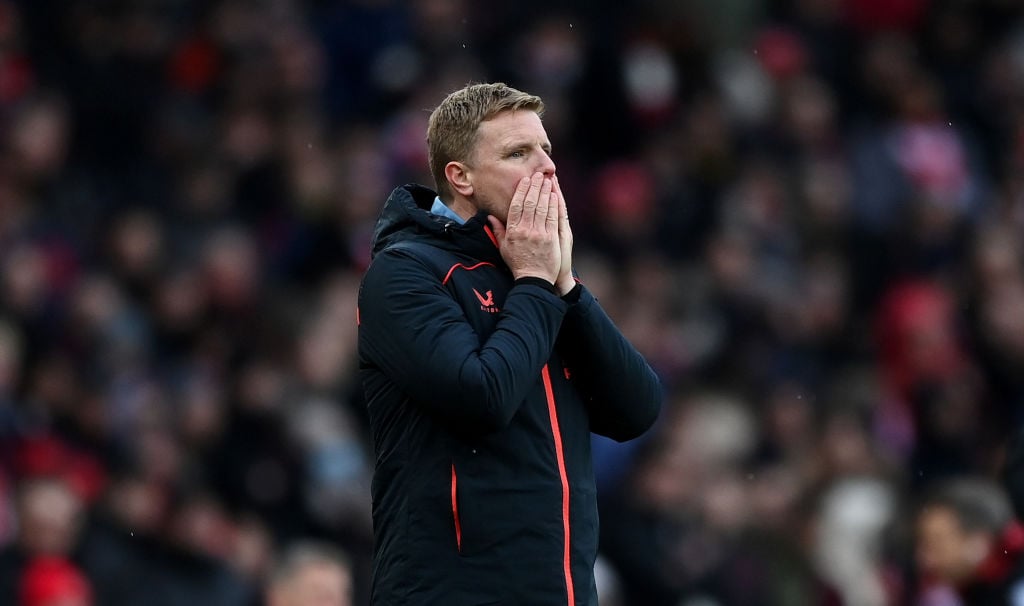 Sean Dyche’s Burnley are ‘adamant’ that they will not be selling James Tarkowski to Premier League rivals Newcastle United or West Ham in January , as reported by the Northern Echo.

If The Telegraph are to be believed, a number of top-flight clubs have employed an ‘Anyone but Newcastle’ approach to the upcoming transfer window.

In short, this means Eddie Howe’s attempts to reinforce a Newcastle side winless in their first 14 games have just become that little bit more difficult.

But even if Mike Ashley was still sitting atop his Sports Direct-themed throne at St James’ Park – rather than a Saudi Arabian crown prince with £500 billion in his back pocket – it’s hard to imagine that Burnley would be willing to enter negotiations with the only side keeping them off the foot of the Premier League table.

Are Newcastle and West Ham set to miss out on James Tarkowski?

One of the finest defenders in the Premier League and arguably the first name on Dyche’s Turf Moor team-sheet, the prospect of losing Tarkowski to a relegation rival with five months of the season remaining is enough to keep Burnley supporters awake at night, cold beads of sweat forming upon their furrowed brows.

According to the Northern Echo, Newcastle are expected to make a ‘formal approach’ for the England international when the transfer window opens.

The Sun believe that long-time admirers West Ham are planning to test Burnley’s resolve with a bid of their own – one in the region of around £7 million.

David Moyes’ Hammers have stepped up their pursuit of defensive reinforcements after losing the rock-solid Angelo Ogbonna to a season-ending injury.

Burnley, however, would sooner lose Tarkowski for free when his contract expires in July than cash in next month.

And in what will be a major boost to their survival prospects, it is understood that Newcastle boss Eddie Howe is already scouring the market for alternative additions.

“I think he has been excellent for us this season and it has been a headscratcher for me over the last year or so how he has not been involved in the England set-up,” Dyche told the Lancashire Telegraph in October.

Lloyd Kelly and Manchester City’s Nathan Ake – two players who worked with Howe at Bournemouth – are also linked with a Newcastle side who have conceded more goals than anyone else in the division.