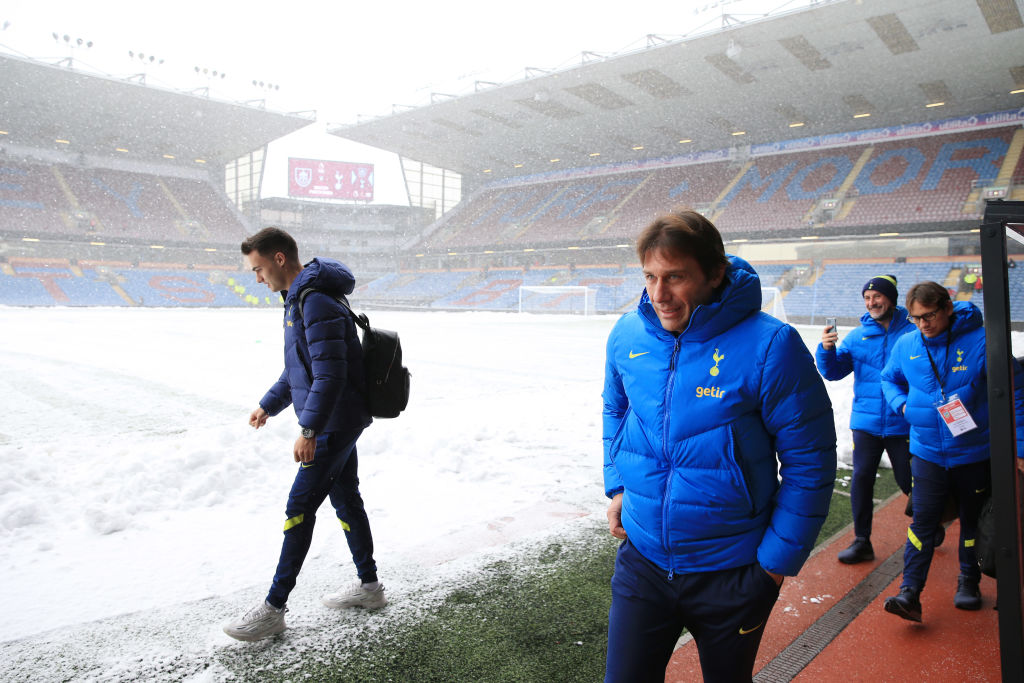 Travelling Tottenham Hotspur fans were left gutted earlier today as their away clash at Burnley was postponed less than an hour before kick off.

Over in East Lancashire, Burnley saw plenty of snow come down – so much so that their game with Tottenham had to be called off.

Snow was shifted off the Turf Moor pitch, but it just wasn’t enough to force playable conditions.

The trip from Tottenham to Burnley isn’t a short one – around 176 miles and four hours in total – and even longer if you’re coming from America!

These situations are never ideal for travelling fans, especially when the postponement comes so close to kick-off.

It’s not exactly like those on either side are any happier though, and Tottenham boss Conte spoke about the postponement.

Conte noted the ‘serious risk’ all players would be taking if they played, claiming the situation is ‘not good’.

“I think in these conditions it’s not football,” said Conte. “I want to play football, I want to have fun, to play and to give emotion.”

“I think in this situation it’s impossible and there is serious risk for the players to take injury and this is not good,” he added.

Tottenham will be back in action against Brentford on Thursday, with today’s clash against Burnley to be rescheduled for another day.

In other news, ‘Outstanding’: Some Liverpool fans rave over one player who is ‘criminally underrated’