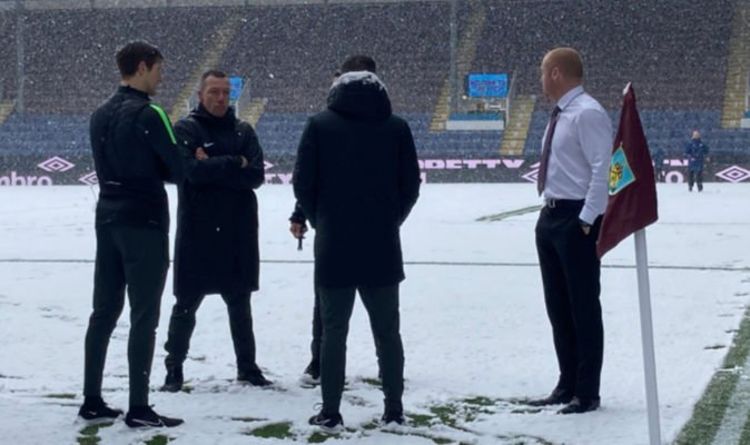 Burnley's clash with Tottenham has been postponed after freezing temperatures up north saw Turf Moor covered in a blanket of snow. Meanwhile, manager Sean Dyche was seen scanning the pitch without even wearing a jacket, something sure to cement his hard-man reputation going forward.

Burnley and Spurs were set to do battle on Sunday afternoon as Antonio Conte sought to bounce back from a dismal midweek defeat against NS Mura.

The Clarets, meanwhile, may have been to build on their momentum as soon as possible given their four-game Premier League unbeaten streak.

However, snow has seemingly put a halt to those ambitions, with the game postponed until further notice.

The freezing temperatures were not enough to stop notorious hard knock Dyche though, who was snapped surveying the pitch wearing nothing more than a shirt and trousers.

Sean Dyche was seen in a shirt and trousers as he scanned the Turf Moor pitch (Image: Johnny Phillips)