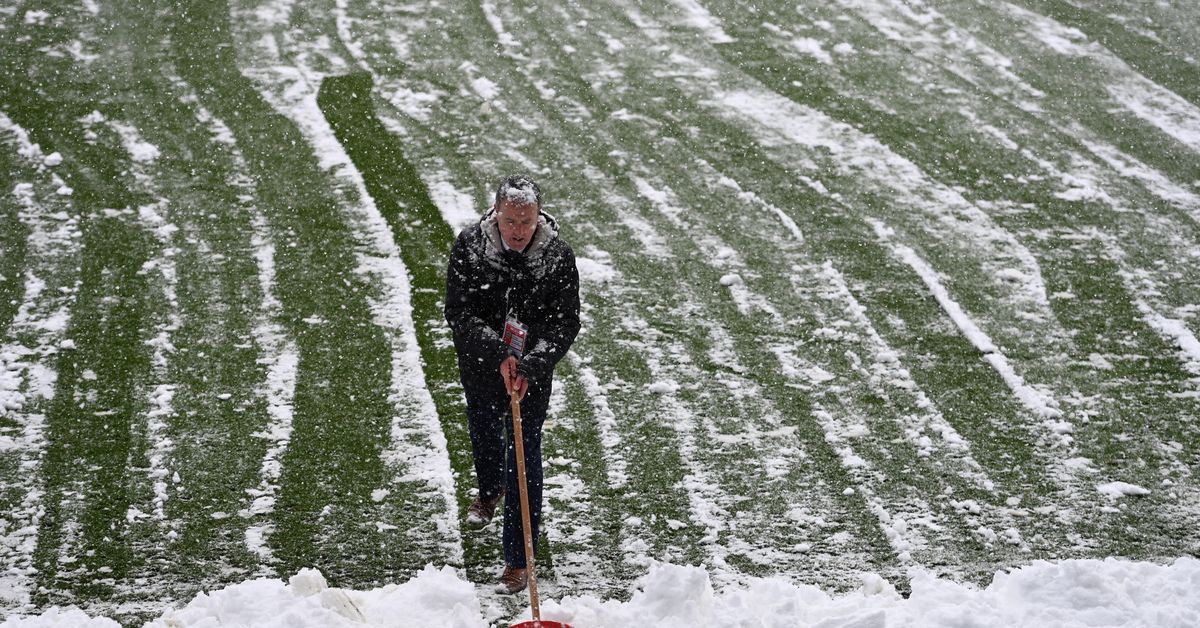 Just in — according to both NBC Sports and the BBC today’s match between Burnley and Tottenham Hotspur at Turf Moor has been called off due to wintery weather conditions in the north of England.

This is what the pitch looked like about an hour ago.

The grounds crew was working feverishly to clear the pitch to make it playable, but match official Peter Banks had seen enough and called off the match. The north of England has been hit with a blast of wintry weather from Storm Arwen that has led to blizzard-like conditions in some parts of the country.

Now, if this were a CONCACAF match featuring the US Men’s National Team, not only would the match have gone ahead but it would’ve been something to remember for years (see: USA vs Costa Rica in 2013. But ultimately, this is probably the right call. The pitch conditions would’ve been awful and there’s not much point on playing a potentially unsafe match.

Enjoy your morning off, Tottenham fans! But spare some good feelings for this guy who apparently flew in from Dallas just to watch this match.