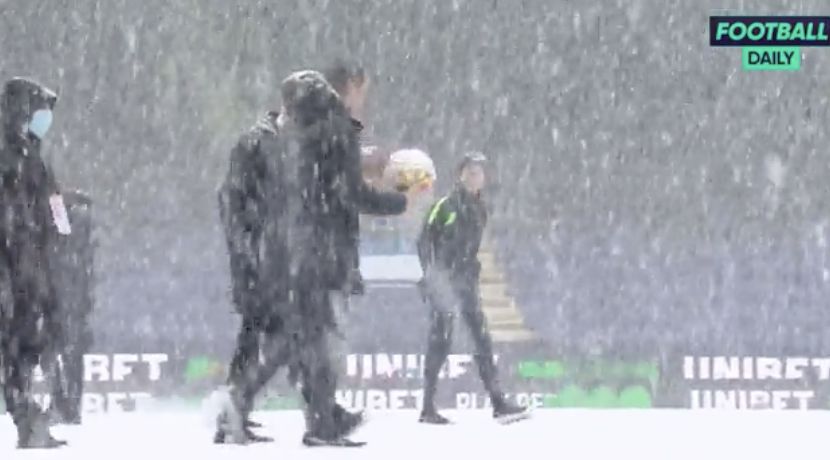 As we hurtle towards the end of November, temperatures until the last few days have been positively summery.

However, winter seems to have arrived with a vengeance at Turf Moor.

What started as a few flurries has now turned into a full blown snow storm which threatens to see the game called off at the last minute.

Those fans who’ve travelled up the M1 from north London aren’t likely to be over the moon if there’s no football to watch, but player and supporter safety is paramount.

?? Turf Moor is covered in snow

? Question marks as to whether Burnley’s game against Tottenham will go ahead pic.twitter.com/flKgMbq8Mt