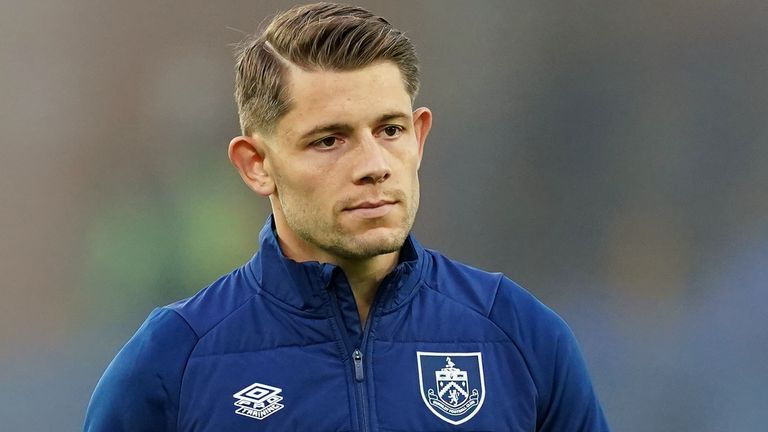 Team news, stats and prediction ahead of Burnley vs Tottenham in the Premier League on Sunday; kick-off 2pm.

Burnley will be without suspended pair James Tarkowski and Ashley Westwood for the visit of Tottenham.

The Clarets are, however, expected to have both Jay Rodriguez and Matej Vydra available, with the pair, according to manager Sean Dyche, expected to overcome "a bit of muscle tightness".

Dyche also confirmed striker Ashley Barnes is likely to be out for several weeks after missing last Saturday's 3-3 home draw against Crystal Palace due to a torn thigh muscle.

Tottenham will assess their squad following their Thursday night humiliation in Europe, where they lost to Slovenian NS Mura.

Oliver Skipp returns to Premier League action after being banned for the win against Leeds last weekend.

Cristian Romero (hamstring) is out, while Giovani Lo Celso (knock) and Steven Bergwijn (illness) will be assessed.

Follow Burnley vs Tottenham in our dedicated live match blog. Highlights will also be published on the Sky Sports digital platforms and the Sky Sports Football YouTube channel after full-time on Sunday.

FREE TO WATCH: Highlights from Burnley's match with Crystal Palace in the Premier League.

FREE TO WATCH: Highlights from Tottenham's win over Leeds in the Premier League.

James Tarkowski - suspended for this one - will be missed by Burnley.

Since the start of the 17/18 season, Burnley have been without Tarkowski on 12 occasions in the Premier League. They failed to win any of those games. You get the feeling an Antonio Conte team should stand up well to running the physical gauntlet at Turf Moor, something this Spurs side have traditionally done. Tottenham are unbeaten in the last five meetings in all competitions against Burnley, losing just one of the last 15.

They have won 1-0 on their last two visits to Turf Moor. A third could be on the cards for Conte, whose reaction at full-time to the win over Leeds had the look of a man who wants results over performances at this stage of his tenure. He can get one here.