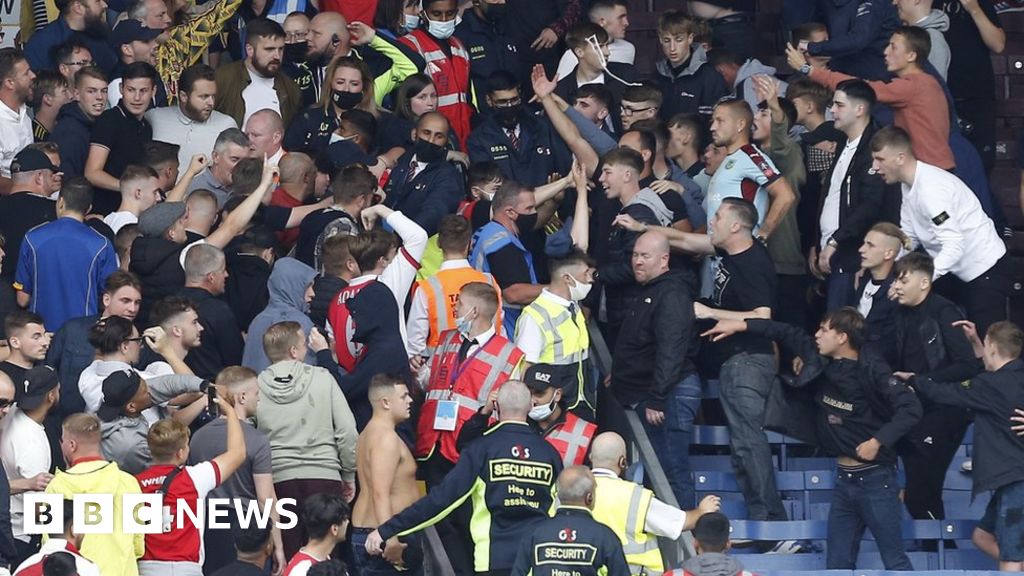 Police are appealing for help identifying fans who threw bottles and seats at a Premier League game.

Trouble erupted at Turf Moor in Lancashire after Arsenal's 1-0 win over Burnley on 18 September.

Lancashire Police has released images of 14 Burnley fans as part of their investigation with the Met Police.

Burnley said it had identified seven suspects and banned them from matches. It added the club "strongly condemned" their behaviour.

The altercation between the two segregated groups occurred in the Cricket Field stand.

Officers said no-one was seriously injured but a steward had reported being hit by an item.

A Lancashire Police spokesman said it was "simply due to luck rather than judgement" there were no injuries.

The Met Police is working to identify Arsenal fans who were also believed to be involved in the disorder.