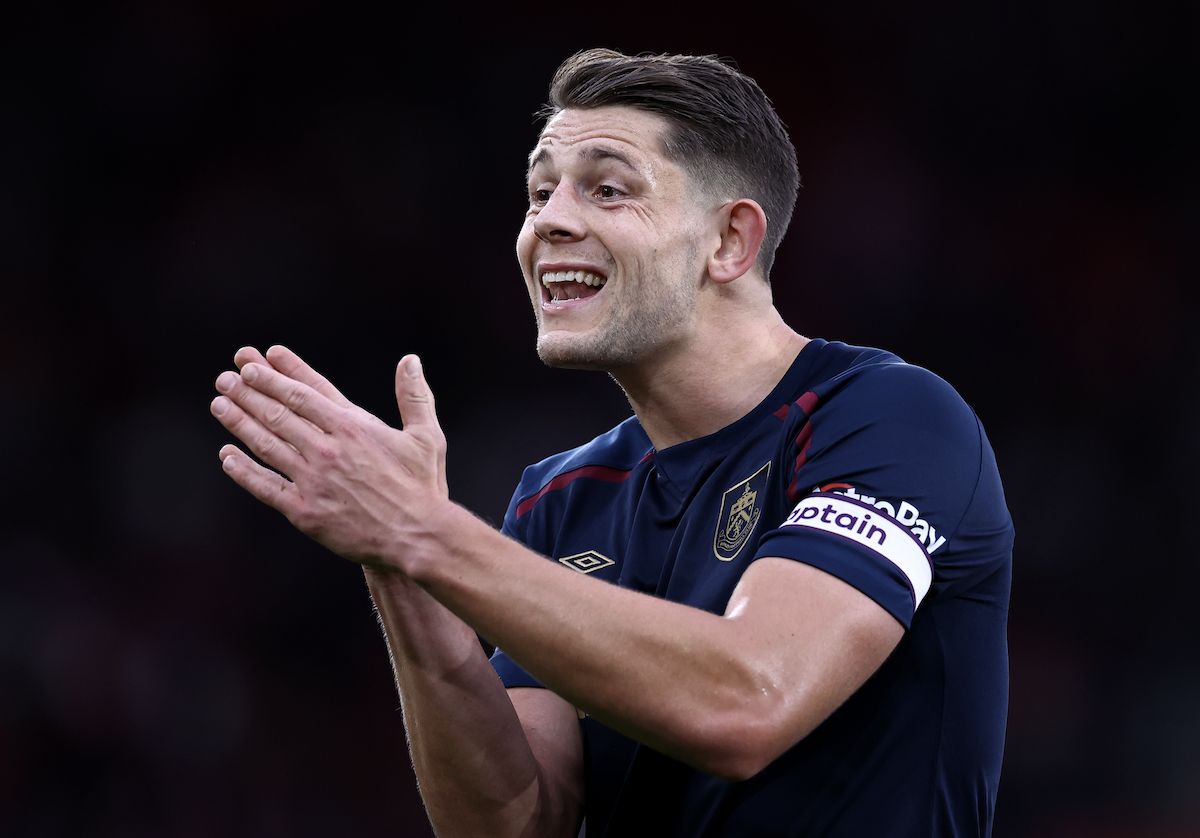 Currently, sitting inside of the Premier League’s drop-zone, the Magpies, now majority-owned by cash-rich Saudi Prince Mohammed Bin Salman, will be hopeful they can increase their chances of survival by bringing in several new signings.

However, despite being linked with a wealth of talent, the Northerners have been handed their first big blow after recent reports emerged suggesting they won’t be allowed to sign centre-back target, James Tarkowski, from domestic rivals, Burnley.

That’s according to a recent report from Football Insider, who claims the Clarets will not allow their defensive stalwart to leave mid-season, despite there being interest from both Newcastle United and West Ham United.

James Tarkowski in action for Burnley.

It has been claimed that the club’s senior officials have decided the best course of action to take is to retain Tarkowski until the end of the season.

With his contract set to expire next summer, the centre-back would then be allowed to leave for free.

Retaining the England international for the most important part of the season should prove to be a good decision.

Burnley currently sits in 18th place in the table, just three points above Newcastle United, who are down in 19th.

Selling one of their best players to a direct relegation rival makes little sense.

Therefore, if the Clarets keep hold of Tarkowski and then end up staying in the Premier League, the defender’s contributions could far outweigh any potential transfer fee paid for him in January.