Richard Keys launches attack on Eddie Howe - Did you really expect anything else...?
The Mag 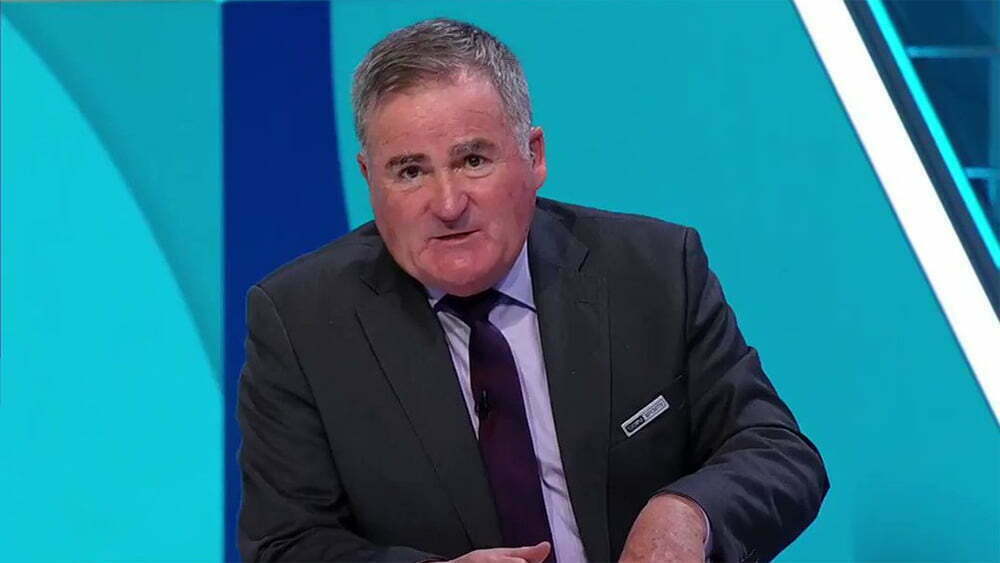 The only unpredictable thing about Richard Keys, is just how deep he will go in scraping the very bottom of the barrel, when trying to justify his latest bizarre take on things.

As so often, it is Newcastle United that is his target.

Richard Keys now numbering it in years his conflict with Newcastle fans, as he tries to ridicule the NUFC fanbase and anything positive that ever happens at the club that they (Newcastle supporters) are getting behind.

So there have been repeated attacks on both Newcastle fans and the likes of Rafa Benitez, whilst at the same time Richard Keys has repeatedly backed up Mike Ashley and Steve Bruce, no matter what the reality of the situation has been.

Last week it was a laughable cheap dig from Richard Keys on Jake Humphrey, when he (Humphrey) welcomed Eddie Howe’s appointment. The BT Sport presenter one of the very few who have given a fair hearing and support to Newcastle fans in recent years against the embarrassing behaviour of the likes of Savage, Sutton, (Rio) Ferdinand and…Richard Keys.

Entirely predictable now then that Richard Keys launches an attack on Eddie Howe – Did you really expect anything else…?

‘And that leads us onto Eddie Howe.

It’s a warm welcome back Eddie as well.

And I genuinely wish Howe good luck – he too is going to need it. It’s great to have another young Brit back in the PL. But, let’s keep it real.

And I’m sorry – but as the face of the new Saudi ownership at Newcastle – Howe can’t duck questions about that regime as he did at his unveiling. It isn’t just ‘about football’ Eddie.

But I guess you’ll find that out when you try to sign players in January. Forget about the likes of Conor Coady and his England colleagues, who’ll be demanding the FA hold Qatar to task on the subject of human rights as soon as they’ve qualified for the WC finals.

Coady has announced that he and his colleagues will ‘use their platform’ to make a difference to the human rights issues in Qatar. Will you Conor? What exactly do you know about human rights in Qatar? Will you use your platform to highlight abuses in Saudi when Newcastle come calling in January – offering to fatten up your bank account? Have you been in touch with Jamal Khashoggi’s widow? No. I thought not.

You see – this is where it gets complicated when pop stars/footballers and the like start to want to get taken seriously – and they forget about the day job.

Marcus Rashford is also a good example of that. What he did to tackle child hunger was wonderful. But leave it there Marcus. Solskjaer was right – get back to you doing what you’re paid for. There’s a need for massive improvement there.’

It is one of his ‘lovable’ traits that Richard Keys so often delivers his ridiculous attacks like this, making out like he is praising somebody…only to very quickly make clear that in reality it is anything but.

Just look at that embarrassing bit on Marcus Rashford, somebody who (Rashford!) has done a simply unbelievable amount of good, only to have the likes of Keys trying to have a go at him. Richard Keys making out that Rashford’s outstanding charity work has somehow impacted on how he plays football. I would have thought if anything, all the overwhelming positivity (from normal people!) will have energised Marcus Rashford to succeed even more on the pitch. The problems Man Utd do have, most definitely don’t have Rashford anywhere near the top of the list, as opposed to Pogba, Solskjaer etc etc.

As for Eddie Howe…at his press conference he said he was at Newcastle United to look after the football side of things. It is just plain mischief for Richard Keys to pretend that Howe could have given any other answer, as the media tried to get him commenting on the politics of the Saudi PIF majority ownership.

‘I genuinely wish Howe good luck’…on a scale of one to a million just how genuine would you say Richard Keys was when he wrote this?

Well, like with Rashford, it was simply a prelude to launching his attack on the new NUFC Head Coach.

Eddie Howe has actually addressed both the Celtic and Burnley issues that Richard Keys tries to make capital out of.

Howe saying that the thing that prevented him taking the Celtic job, was due to not being able at that particular time to bring in his backroom team that he’d worked with at Bournemouth.

As for Eddie Howe choosing to leave then Championship club Burnley after only 21 months (actually longer than most managers last in a job!), Howe having explained that the death of his mother was the key reason why family issues brought his time there to an end. Worth remembering as well that this was nine years ago when Eddie Howe was only 34 and at that time starting a family of his own, plus things had gone no better than average when it came to turning Burnley around after taking them over post-relegation.

As for Richard Keys trying to make some kind of big point out of Mike Ashley supposedly preferring to employ Steve Bruce ahead of Eddie Howe, are normal people then expected to see this as something that somehow reflects badly on Howe???

Richard Keys is thrashing around like a fish out of water, imagining that he is landing telling intelligent blows on targets such as Marcus Rashford and Eddie Howe, when in reality people are just laughing at Keys himself, as usual.