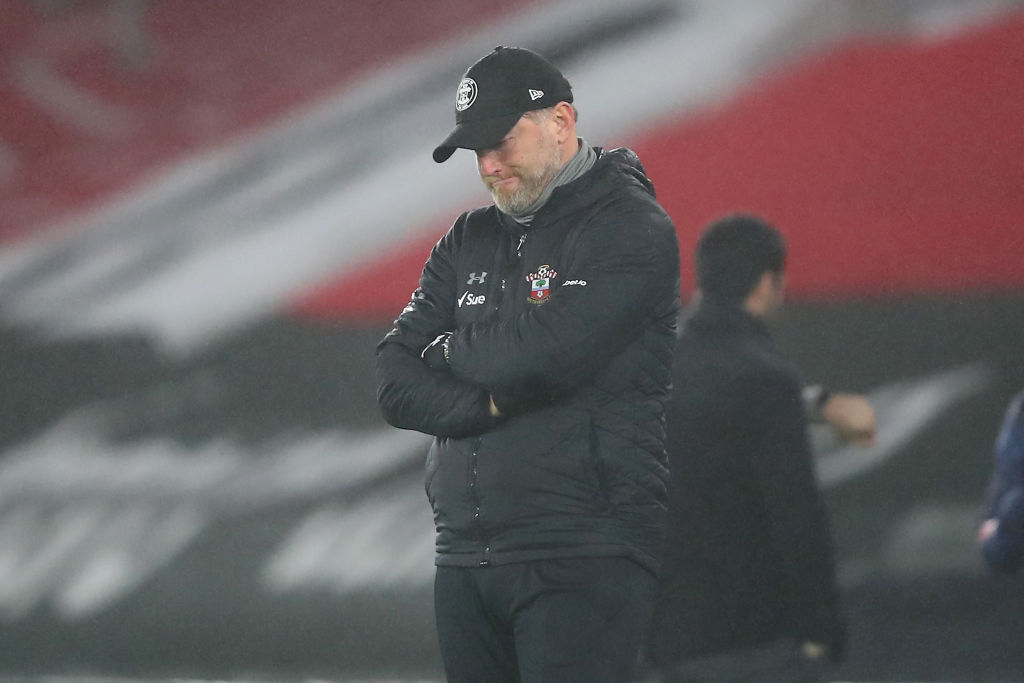 The agent of £7 million Watford goalkeeper Maduka Okoye has said Premier League rivals Crystal Palace, Burnley and Southampton failed to make a “concrete offer” for the Eredivisie star, speaking to All Nigeria Soccer.

It’s no secret Southampton are looking to bring a shiny new shot-stopper to St Mary’s. Fraser Forster’s £70,000-a-week contract is due to expire in the summer, leaving Alex McCarthy short of competition on the South Coast.

And, according to The Athletic, Ralph Hasenhuttl, Martin Semmens and co are already putting plans in place to strengthen their options between the sticks as the new year looms into view.

It remains to be seen who will take Forster’s place in the Southampton squad – but it certainly won’t be Okoye.

The German-born Nigeria international sealed a £7 million move to Watford earlier this month, admitting he put pen to paper at Vicarage Road despite holding talks with not only Southampton but Burnley and Crystal Palace too.

Why did Okoye choose Watford over Southampton, Crystal Palace and Burnley?

So why did the Sparta Rotterdam ace choose the Hornets over the Saints, Eagles and Clarets? Well, as agent Wessel Weezenberg says: “Interest doesn’t mean a concrete offer.”

The implication is clear. Southampton, Crystal Palace and Burnley may have held talks with Okoye but it seems they stopped short of submitting an official bid to Sparta Rotterdam.

“The player wanted this great opportunity (at Watford) so we decided on it,” Weezenberg adds. “He is ready for Premier League football.”

Whether Okoye does play Premier League football in 2022 remains to be seen, however. The former Bayer Leverkusen and Borussia Monchengladbach youngster will join Watford at the end of this season but it’s far from certain Claudio Ranieri’s side will still be a top-flight team by then.

As it stands, Watford are 17th in the table, just two points above the relegation zone. That remarkable 5-2 victory at Everton is the Hornets’ only win in their past seven games in all competitions.

In other news, Ian Wright says ‘chest-beating’ Arsenal player is ‘a phenomenon’