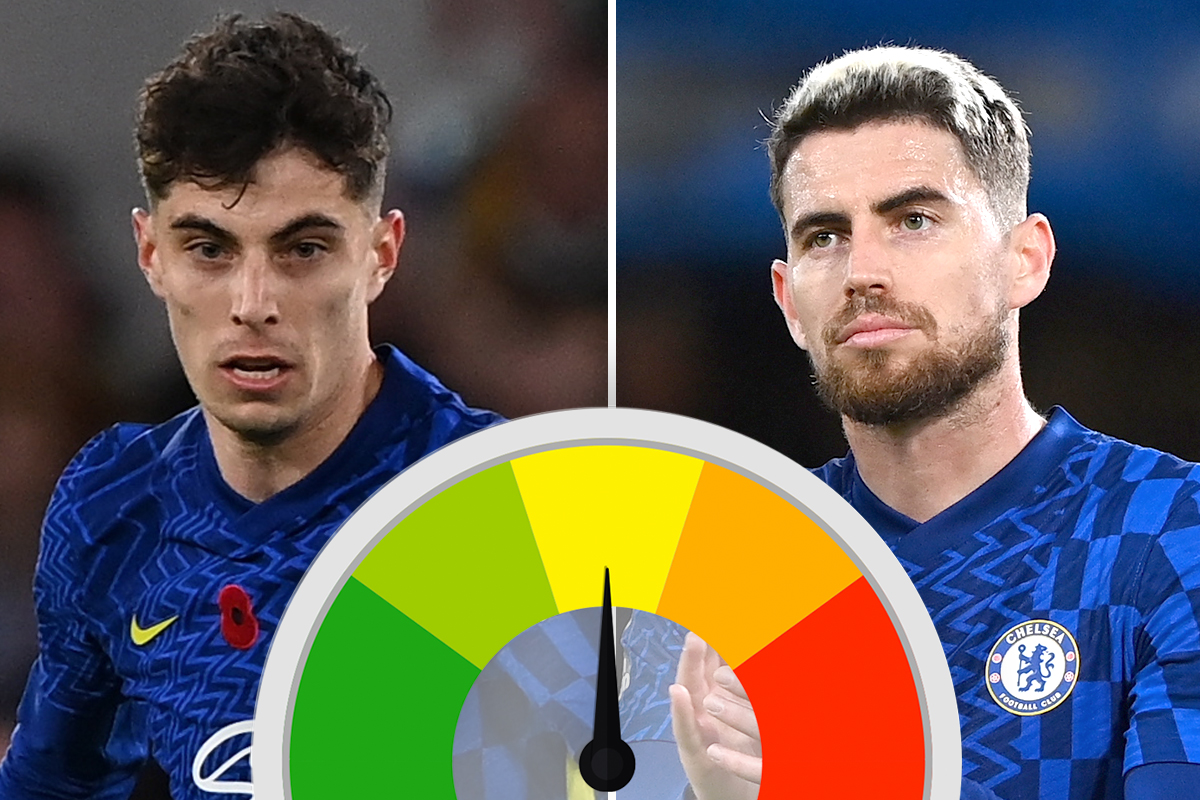 The Blues remain top of the Premier League heading into the third international break of the season – but will rue a host of missed chances.

Kai Havertz put Chelsea 1-0 up in the first-half but it was not enough for all three pointsCredit: Getty

Ross Barkley lacked cutting edge on his return to the teamCredit: Reuters

They were 11 minutes away from a well-earned sixth clean sheet from seven matches until Burnley substitute Vydra equalised to cancel out the first-half header from Havertz.

Despite dropping points it means the European champions will continue to set the pace when the domestic campaign resumes in two weeks’ time.

The Senegalese goalkeeper was unable to do much about the goal Burnley scored from close range.

But he will have still left the field angry and frustrated he couldn’t keep yet another clean sheet.

The German nodded in to make it 1-0 on 33 minutesCredit: Rex

But, like the rest of the defence, the Dane will be annoyed the home side conceded a late equaliser.

The Brazilian almost scored five minutes into the second half but his header hit the woodwork.

A towering presence as always.

Came close to scoring in the first half but could not find the right connection from the delivery from the right.

Antonio Rudiger dominated at the back but will be disappointed to have conceded late onCredit: Reuters

It was from his cross that Chelsea took the lead in the first half.

And, ahead of another international window, the 21-year-old reminded England boss Gareth Southgate that attacking-wise, he is one of the best right-sided full-backs around.

As ever, he was everywhere – one minute as the last defender, the next playing an instrumental role in the opening goal scored by Havertz.

Even against teams as limited as this Burnley side, Kante can still pull the strings in midfield.

Put in an unflashy, solid shift and ensured the Chelsea midfield was not overrun on the counter-attack.

Jorginho was unflashy vs Burnley but was solid enoughCredit: EPA

The 24-year-old was unable to keep up his decent scoring record of late but put in a decent shift down the left flank.

Came close to scoring on four minutes but his attempt was blocked by brilliant Burnley goalkeeper Nick Pope.

In his first Premier League start of the season, the Scouser was not afraid to take on players and dribble in the first half.

Though he lacked a cutting edge with his finishing, he gave Tuchel something to think about during the international break about future opportunities.

Avoided serious injury after finding himself on the bottom row of the Matthew Harding Stand – the German striker’s momentum saw him crash over the advertising boards.

Yet minutes later he put Chelsea in the lead with his first Premier League goal since August, the highlight of an otherwise quiet day.

A sixth Premier League appearance of the season for the England man who slotted easily into midfield as a replacement for Barkley.

Offered little when he came on but by that stage Burnley’s confidence was sky high.

A first appearance since his wisdom tooth issues but the midfielder is expected to miss the forthcoming England matches.

Matej Vydra scored late on to rescue a huge point for BurnleyCredit: Reuters