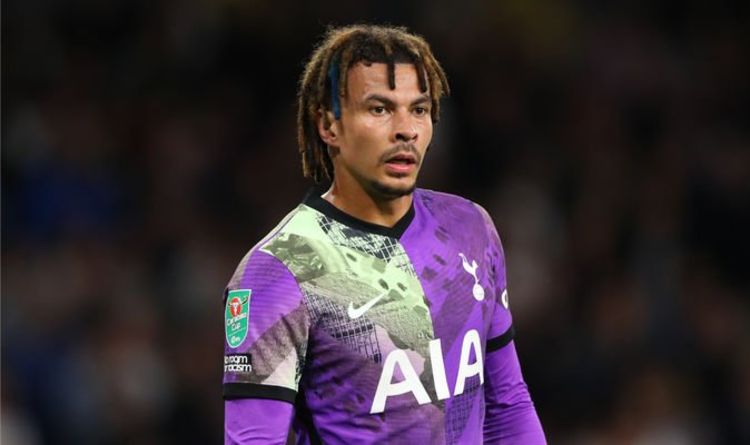 Tottenham boss Nuno Espirito Santo has added fuel to the fire when it comes to the issue of Dele Alli's future in north London by leaving the 25-year-old out of the squad to face Burnley. Alli has once again been on the fringes of things this season, and midweek opportunities represent a good chance for peripheral players to work their way back into the first-team fold.

Spurs are heading into their Carabao Cup round of 16 tie off the back of two successive defeats.

Their mostost recent was a disappointing 1-0 loss to West Ham on Sunday, consigning them to their fourth league defeat of the season.

Spurs last lifted the League Cup back in 2008, and Nuno seems fully aware that this competition represents the best chance for his side to get their hands on some silverware.

The Portuguese boss backed that up by claiming that the Carabao Cup is an 'important competition' and that his side must approach it like 'a final'.

Nevertheless, Sportsmail claim that Alli will not be included in the squad that travels to Turf Moor on Wednesday evening.

That is despite the Englishman being injury and fatigue-free after watching the whole game from the bench last time out at the London Stadium.

Hauled off at half time during the North London Derby last month, the former MK Dons youngster has not seen a single minute of top-flight football since.

Tottenham's form has been patchy since Nuno Espirito Santo took charge in the summer (Image: GETTY)

"It's going to be a tough match like we expect because Burnley is a good team but it's a good chance for us to improve, knowing that the Carabao Cup is an important competition for us.

"We have to go game-by-game and then this game is a final."