Djimi Traoré: ‘I’m not ashamed of my own goal – it is part of my story’
The Guardian 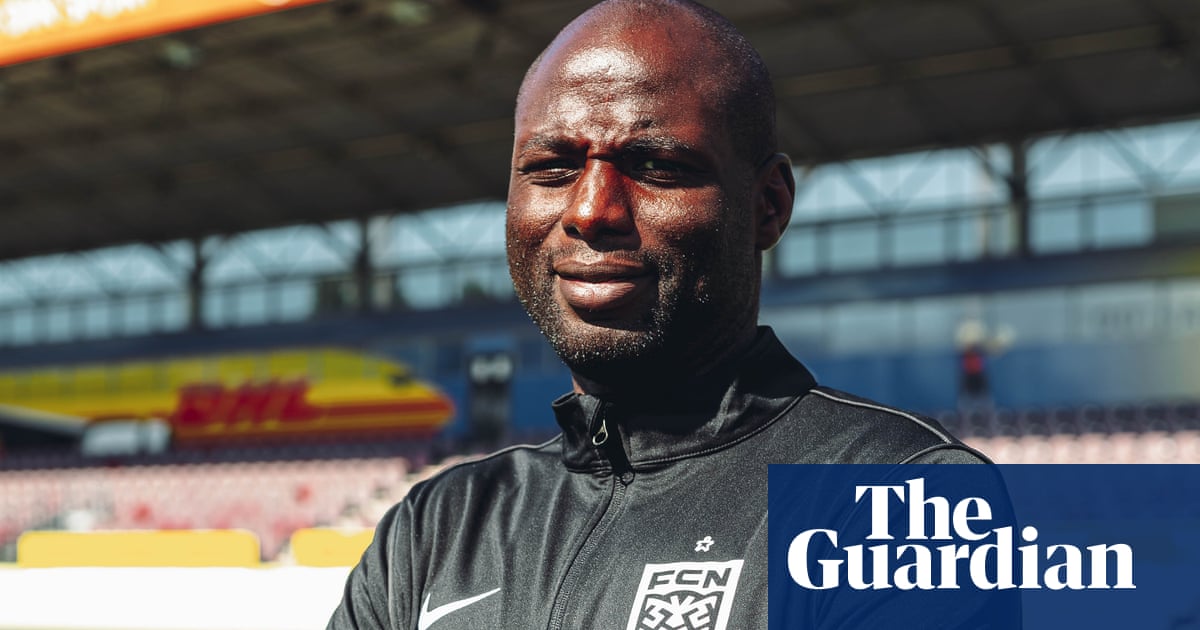 In the company of certain people it’s impossible to avoid certain topics and Djimi Traoré probably knew what was coming before this interview even started. We were principally meeting, via Zoom, to discuss his coaching career, which has interestingly taken him from Seattle to Scandinavia, but inevitably there was a need to address the elephant in the room. Or to be precise, the own goal versus Burnley.

It is a moment that has gone down in football blunders folklore and, to a large extent, defined Traoré’s time as a player, an 18-year period that saw him represent 10 clubs in three countries, feature for Mali and win a number of trophies, notably the Champions League with Liverpool. It is a distinguished CV, yet ask people, Liverpool supporters especially, to assess Traoré and most are likely to speak of a defender as clumsy as he was limited, with much of that linked to what he did at Turf Moor in January 2005, attempting to clear a Richard Chaplow cross with a Cruyff-like turn that went so badly the ball ended up dribbling off his left instep and into an empty net.

“It was my fault. I take responsibility for it,” Traoré says of the goal that saw Burnley, then of the Championship, dump Liverpool, in their first season under Rafael Benítez, out of the FA Cup in the third round. “I was trying to turn with the ball but it bounced on the wrong part of the field, hit my achilles and went in. A big mistake and Rafa thought the same – that is why he subbed me [14 minutes later]. He also told me I had been too relaxed in the game and the own goal was my punishment for that. I agreed with him.

“The following day I was in the locker room at Melwood [Liverpool’s then training ground] and Jamie Carragher came and sat next to me. He could tell I was not in a good place. We had a long discussion during which he said: ‘Djimi, that’s nothing, I once scored two own goals in one game, and it was against Manchester United. So don’t worry.’ That meant a lot and allowed me to move on.”

It is to Traoré’s credit that he is able to talk about such a low point with such honesty and grace, yet there is clear frustration with how it has characterised his career. He accepts he “wasn’t the most talented player” but the idea that he was an accident waiting to happen stings, especially in the context of his time at Liverpool. He signed in February 1999 as an 18-year-old from Laval and made 141 appearances in seven years under two managers: Benítez and the man who brought him to England, Gérard Houllier.

“Before I joined Liverpool I had only played five games as a professional and that was in the second division in France,” says Traoré. “Liverpool was my learning process and it was a high level, so it was not easy. Also I mainly played left-back but left-back was not my position; centre-back was. And when I played centre-back it was on the right because I was mainly next to Sami Hyypia and Sami didn’t like playing on the right. For a left-footed player that is also not easy.

“Overall I did my best and always fought to stay in the team. And in the end I played a lot of games for Liverpool, more games than a lot of players the club signed for big money.”

And there was no bigger game than the one that took place four months after the defeat to Burnley – Istanbul. The story of that night has been told countless times and there was arguably no more dramatic personal story than Traoré’s: he committed the foul on Kaká that led to Milan’s opening goal, made a goalline clearance from Andriy Shevchenko’s shot after Liverpool had got the score back to 3-3 and, in between, didn’t know if he was coming or going.

Djimi Traoré looks on with horror after scoring his infamous own goal during Liverpool’s FA Cup third-round tie with Burnley in January 2005. Photograph: Ian Hodgson/REUTERS

“I took off my kit and got into the shower, but I just stood there thinking about my performance because it had been poor and I felt as if I’d let down my teammates. And then maybe 20 seconds later Rafa’s assistant, Pako [Ayestarán], came and said: ‘Djimi, you’re in again’ – Steve Finnan was injured so he was coming off instead. I got out of the shower and refocused. This was a second chance for me to do well in a massive game and fortunately that is what happened with the clearance. It was redemption.”

Traoré was also part of the Liverpool squad that won the FA Cup the following season and ultimately that was that for him. He joined Charlton in August 2006 and after stints at Portsmouth, Rennes, Birmingham, Monaco and Marseille, moved to Seattle Sounders in 2013. One successful year in Major League Soccer later Traoré, who grew up in Paris and played for France Under-19s before committing to Mali, moved into coaching, becoming an assistant at Sounders and helping them win MLS Cups in 2016 and 2019.

That has led to the 41-year-old becoming head coach of the international academy at Right to Dream, founded in Ghana 20 years ago by Manchester United’s former Africa head scout Tom Vernon with the aim of providing youngsters with access to football training and educational opportunities. Right to Dream has produced more than 20 Ghana internationals and grown to the extent that it was able to buy the Danish club FC Nordsjælland, creating a second base there and a pathway for its best recruits to enter European football. At one stage Nordsjælland had nine Ghanaians in their first-team squad, including the midfielder Mohammed Kudus, who secured a move to Ajax last July.

A third Right to Dream academy is due to open in Egypt next year and Traoré’s brief is to coordinate the entire operation, with an emphasis on ensuring Nordsjælland, where the former Chelsea and Ghana midfielder Michael Essien is a coach, remains a place of opportunity and excellence for young talent, European as well as African. Among Right to Dream’s graduates are the Denmark internationals Michael Damsgaard and Mathias Jensen.

“The most important thing for me as a coach is working with young players, so this job fits perfectly with my personality,” says Traoré, speaking shortly after overseeing an under-19s training session at Nordsjælland’s base in Farum in eastern Denmark. “This is also why I’m not ashamed of the own goal [against Burnley]; it is the story of my career – some highs, some lows – and in the job I have now I can use it to help young players get over obstacles they have in their careers. I can say to them: ‘You can score an own goal and then a few months later win the Champions League.’”

With time has come a change in how most Liverpool fans feel about Traoré; exasperation replaced with genuine affection. And it is heartening to hear that despite the criticism and mockery – the Kop had a song for Traoré to the tune of Blame it on the Boogie by the Jackson 5 that ended with the line: “He just can’t control his feet” – the feeling is mutual. “When you play for the Reds you are a Red forever,” Traoré says with a smile.

Would Traoré one day like to return to Liverpool as a coach? Maybe even as manager? “I’m realistic about what I want to do,” he replies, “and if I want to become a manager it would be in the MLS because I did a good job there so I know I would get an opportunity.

“I will also not think about being Liverpool manager because that is for Steven Gerrard. It is his destiny and I hope when [Jürgen] Klopp retires the club gives the job to Steven. He’s doing a fantastic job at Rangers and shown his character and desire to improve as a coach.”