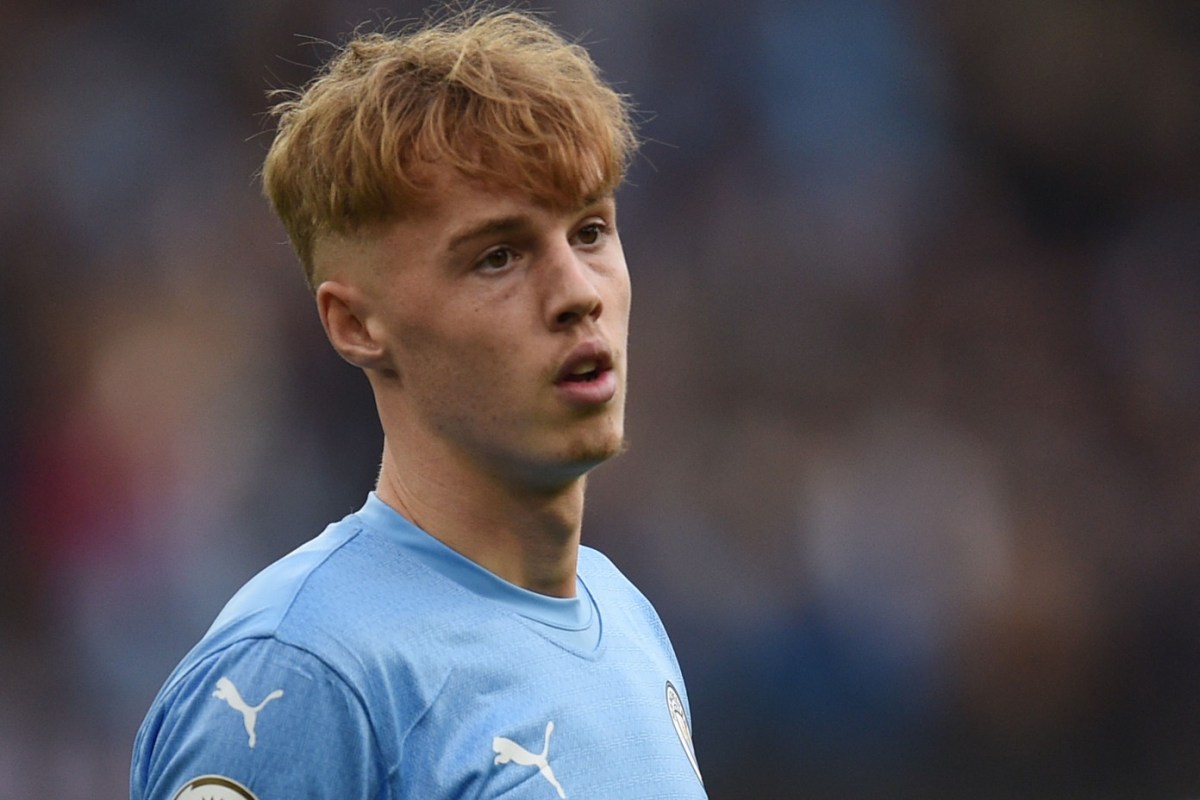 MANCHESTER CITY wonderkid Cole Palmer scored a hat-trick for the under-23s side on the same day he featured against Burnley.

Palmer, 19, was brought on as a late substitute in City's 2-0 victory over the Clarets.

It was his third appearance of the season for the senior side after scoring against Wycombe in the Carabao Cup last time out.

But Palmer was not happy to stop there, and he played a starring role as City under-23s beat Leicester under-23s 5-0 on Saturday night.

The game took place at City's Academy Stadium, just a stone's throw away from the Etihad.

Palmer struck twice in the first half and completed his hat-trick with the last goal of the game as City went top of Premier League 2.

He is very highly rated by Pep Guardiola and is getting more and more experience with the first-team, so is gradually following in the footsteps Phil Foden.

After Palmer scored against Wycombe, Guardiola said: "I know from the players coming up through the academy they have something special.

"I think we can count on them and hopefully in the future with me or without me they can become regular players for the Man City first team."

City fans are in agreement with their manager, and many lavished praise on the youngster after he featured in the two games.

One wrote on Twitter: "Even Foden could never. Palmer is a beast in the making."

Another added: "Cole Palmer just built different. We need him up top asap."