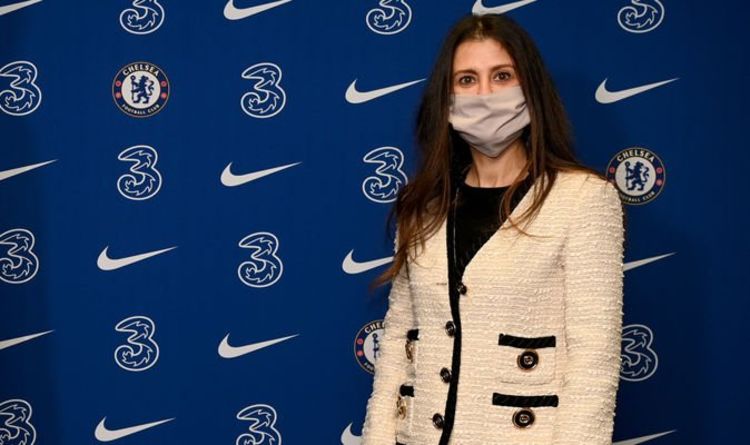 Chelsea have started the season in emphatic fashion and went back to the top of the Premier League table following their win at Brentford on Saturday night after Liverpool had knocked the Blues off top spot earlier in the day. Chelsea have now won six of their opening eight league games.

Thomas Tuchel has worked wonders since taking over from Frank Lampard in January and won the Champions League just four months after he arrived.

The German has built his team around a solid defensive platform and Chelsea have already kept five clean sheets this season.

Unsurprisingly, with the team producing such good results, some players have found themselves cast to one side and unable to break into the starting XI at Stamford Bridge.

And director Marina Granovskaia could well decide to cash in on some of those players who are deemed surplus to requirements in west London.

Express Sport looks at three players Granovskaia may ship out in January.

According to The Sun, Burnley want to sign Ross Barkley on loan in January.

The Clarets haven’t won a league game all season and are already three points adrift of safety. They desperately need reinforcements if they are going to beat the drop.

MUST READ:   Chelsea may have uncovered Romelu Lukaku his new Lautaro Martinez

At 27 years old, Barkley needs to play football – his career is in danger of being wasted warming the bench in west London.

And Burnley are apparently willing to sweeten the deal by paying some of the midfielder’s huge salary if they can persuade him to move to Turf Moor.

Barkley has played just seven minutes of Premier League football this season and Granovskaia is likely to be more than willing to sanction a temporary move for Barkley in the hope the Clarets can avoid relegation and make the signing permanent next summer.

Callum Hudson-Odoi’s Chelsea career has all but stuttered to a shuddering halt since Tuchel joined the club and he is clearly out of favour with the German.

The winger was a bit part player last season and has only featured twice in the Premier League this term.

The midfielder has spent time on loan at Crystal Palace and Fulham and has 111 Premier League appearances.

Loftus-Cheek has 10 caps for England and there will be plenty of potential suitors out there for him.

Transfermarkt value the player at £16.2m and Granovskaia may feel it’s time to allow him to depart for good.

The Chelsea chief will need to sit down with Tuchel about this one though for clarity about how the boss views the player.

He’s never really been a regular starter for Chelsea, despite spending two thirds of his life at the club.

But he has started the side’s last two Premier League games. If Tuchel thinks Loftus-Cheek can make the defensive midfield position his own, he will need to make that clear to Granovskaia before the transfer window reopens in the new year.