'Everybody in football played their part'
BBC Sport 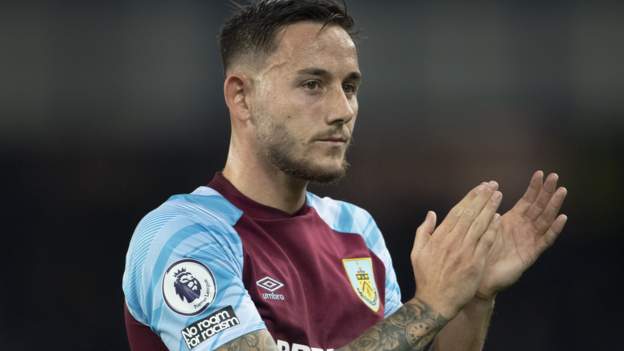 Burnley midfielder Josh Brownhill says a lot of work footballers have done during the Covid-19 pandemic goes "under the radar".

The 25-year-old says he wanted to help people who were "struggling".

"It was about what I can do on a personal level to help these local businesses," Brownhill told BBC Sport.

After joining the Premier League club from Bristol City in January 2020, Brownhill says he did not have much of an opportunity to explore his new surroundings before the UK went into lockdown in March.

"As it was kind of opening up again, I started going to the local shops and building relationships with them," he said.

"After going past all these different shops, including ones that weren't even open, you realise a lot of people are going to struggle with this.

"Even now, shops that are back open are struggling just because of how long it [the pandemic] has gone on."

'Everybody in football did their part'

Several professional clubs and players have contributed to charities and communities since the start of the pandemic, including the England national team, who donated some of their Euro 2020 prize money to NHS heroes.

However, Warrington-born midfielder Brownhill says his efforts to help raise awareness of businesses such as coffee shops and cafes was never for "recognition".

He added: "You know that it won't just be me doing something. It will be a lot of other footballers doing their own thing, helping the community, and it all goes under the radar a little bit because not a lot of people would publicise it and get it out there.

"As a whole, everybody in football did their part with donating on different levels.

"For me, it wasn't for recognition, it was about how I could help and let people know around Burnley that I could help the local community rather than some of the bigger stores that don't need as much help."

Brownhill says his video series has generated a lot of interest from the local community.

"I have got loads of messages from people not knowing the shops were there," he said. "Whether one or 20 people go in, it will help and make people think about using independent stores.

"I have got a social media platform that a lot of people in Burnley follow, so it was about using that to my advantage.

"It [content] was seen by half a million people, which is great. It is only going to help."