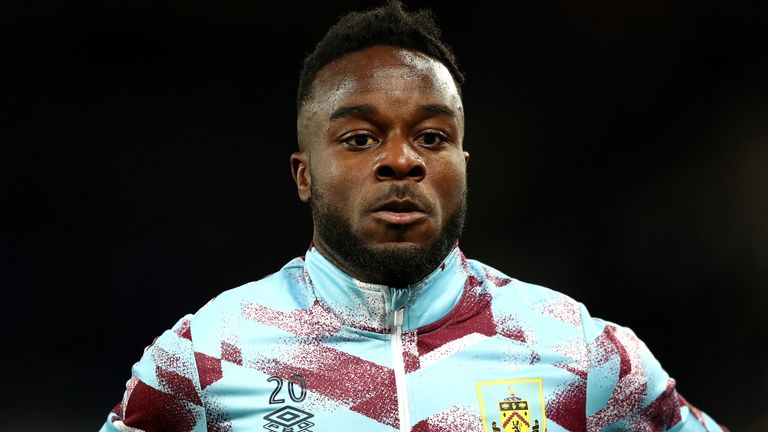 Team news, stats and prediction ahead of Burnley vs Norwich in the Premier League on Saturday; kick-off 3pm.

Burnley will be without summer signing Maxwel Cornet for the visit of Norwich because of a hamstring injury he sustained on his first Premier League start against Leicester last weekend.

Clarets boss Sean Dyche revealed the Ivorian winger is "going well" but Saturday comes too soon for him, while strikers Matej Vydra and Jay Rodriguez are likely to be in contention after back and hamstring issues respectively.

Take a look at a preview of this weekend’s Premier League matches, as Manchester United take on Everton, Chelsea face Southampton and title rivals Liverpool and Manchester City meet at Anfield.

Norwich will check on midfielder Billy Gilmour, who picked up a foot problem during training this week.

Poland winger Przemyslaw Placheta is stepping up his recovery from a coronavirus infection in pre-season, while full-back Sam Byram has also been able to join in some sessions again following his long-term hamstring issue.

Follow Burnley vs Norwich in our dedicated live match blog. Highlights will also be published on the Sky Sports digital platforms and the Sky Sports Football YouTube channel at 5.15pm.

FREE TO WATCH: Highlights from the 2-2 draw between Leicester and Burnley in the Premier League.

FREE TO WATCH: Highlights from Everton's win against Norwich in the Premier League.