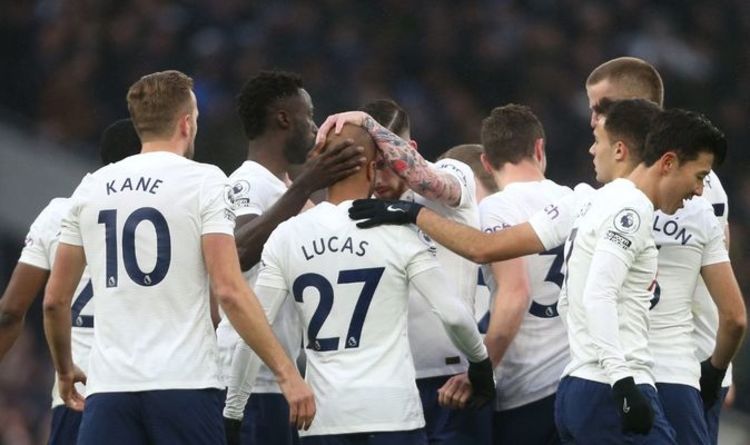 Tottenham's untimely COVID-19 outbreak has seen the club record 11 positive cases among players and staff, according to reports. Six positive cases were believed to be confirmed earlier this week and Spurs planned to carry out further testing on Tuesday to gain some further clarity on the the situation and to eliminate the possibility of false positives.

It now looks like bad news for Antonio Conte and his squad, who have seen their numbers significantly depleted following the outbreak.

While the identity of those who have tested positive remains anonymous as things stand, it's understood several players have now been told to embark on a 10-day period of isolation.

As a result of the outbreak, Tottenham have decided to pull the plug on Conte's press conference at Hotspur Way and the Italian will now instead address the media via Zoom with Pierre-Emile Hojbjerg also due to speak at 2pm.

Conte is then expected to provide some clarity on the situation with Tottenham's Premier League trip to Brighton now in doubt.

Tottenham have reportedly recorded 11 positive cases of COVID-19 ahead of the match with Rennes (Image: GETTY)

Spurs were forced to postpone two Premier League matches last winter when games against Fulham and Aston Villa were postponed due to a number of positive cases within their opponents' squads.

According to Italian journalist Gianluca Di Marzio, who has close links with Conte, Tottenham have now recorded 11 positive cases.

UEFA rules suggest the club will have to go ahead with tomorrow night's crunch Europa Conference League clash with Rennes, however.

That's because official regulations from the governing body state that matches are only placed into jeopardy if a side has less than 13 players available or no registered goalkeeper.

Tottenham are expected to have enough players to field a side permitting there are no new developments.

The Premier League trip to the Amex though could be at risk with Spurs set to apply to have the match postponed.

Any final decision will rest with Premier League chiefs, with a call set to be made after Tottenham have played Rennes.

Spurs also travel to Leicester before hosting Liverpool next week.

Tottenham can exit Europe on Thursday night if they do not secure a positive result against Rennes.

As things stand, Conte's men sit in second place in Group G behind their French opponents.

Yet with Vitesse expected to beat Slovenian minnows Mura - something Spurs failed to do away from home - Tottenham could find themselves under pressure.

While the in augural competition is not a priority for Conte, it represents the chance for Tottenham to win a European trophy and to generate some extra revenue.