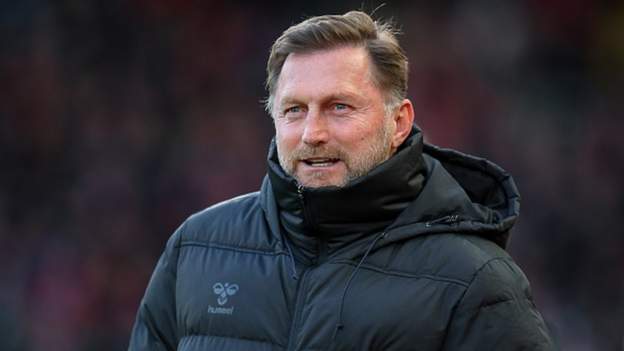 Southampton will be without defender Jan Bednarek, who came off with a calf problem against Leicester.

Stuart Armstrong remains out with a similar issue, while goalkeeper Fraser Foster is doubtful because of an unspecified injury.

Brighton trio Jeremy Sarmiento, Adam Webster and Adam Lallana are unavailable after all three were injured in midweek against West Ham.

Both of these teams drew in midweek, with Saints pegged back twice by Leicester and Brighton equalising late on at West Ham.

The way both games went, I'd say Brighton's result was the better one, but their problem is they keep on drawing and they are not scoring enough goals to win games.

Because of that, and because Southampton's home record is actually quite decent - they have only lost one out of seven league games at St Mary's this season - I think Saints might edge this.

Brighton's current form is not a reason to boo manager Graham Potter or the team, though. If at the start of the season, you'd told any of their fans that they would be in the top eight after 14 games, then they would have been delighted.

But, because they started so well and are not getting the same results anymore, some supporters see things differently.

Choose your Southampton starting formation and line-up. It's up to you how to approach it - you could go for the team you WANT the boss to pick or the one you THINK he will.