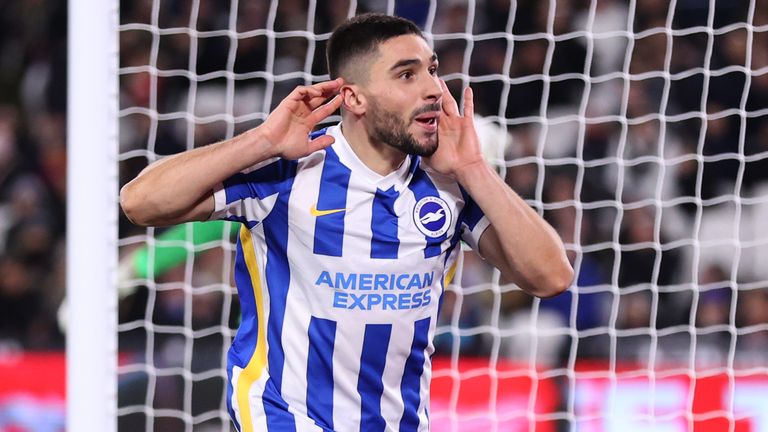 Neal Maupay's overhead kick late on earned Brighton an unlikely 1-1 draw with West Ham despite the Seagulls being down to 10 men after injuries had taken their toll.

The Seagulls had their chances but Maupay, Jakub Moder and Lewis Dunk all spurned openings before West Ham thought they had doubled their lead on 49 minutes when Michail Antonio poked the ball over the line from close range after another error from Sanchez, but VAR chalked it off for offside.

Brighton dominated the ball but created little as the time ticked on and their chances looked over when Adam Lallana limped off with six minutes to go - their third injury of the night and one that left Graham Potter with no substitutions to make. However, Tariq Lamptey's cross was met in emphatic style by Maupay on 89 minutes to rescue an unlikely point.

Image: Neal Maupay equalises for Brighton late in the second half

West Ham now host Chelsea at 12.30pm on Saturday in the Premier League, while Brighton are at Southampton at 3pm on Saturday.