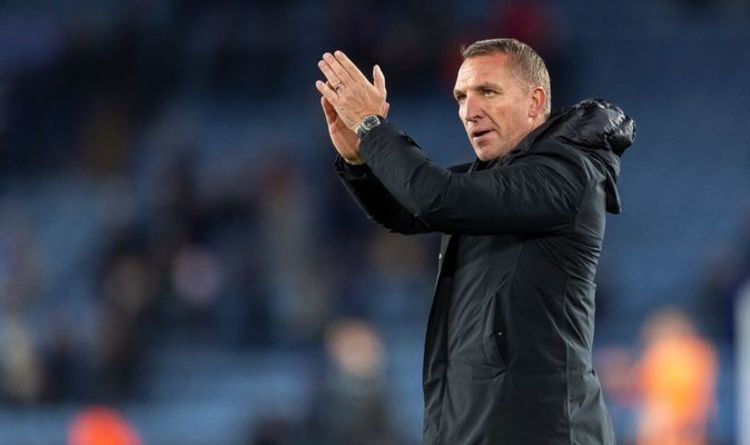 Leicester City will consider Brighton boss Graham Potter as a potential replacement for Brendan Rodgers if the club lose their manager anytime soon. The Northern Irishman has been consistently linked with other top jobs in the Premier League, including Tottenham and more recently, the vacancy at Manchester United.

The 54-year-old has become one of the most in-demand coaches in the Premier League after helping Leicester break into the top-six over the past two seasons.

Rodgers has been commended for helping the Foxes secure European football, having taken the post in 2019 to succeed Claude Puel, and narrowly missed out on the Champions League in 2019-20.

But Leicester’s disappointing start to the season has put his position under scrutiny, with the Midlands outfit currently down in 13th place in the league.

Their underachievement has fuelled suggestions that the club could lose Rodgers either to a bigger club or even force them to part ways with their boss.

And if Rodgers were to leave the King Power Stadium, Potter is understood to be one of the leading candidates for the role.

JUST IN: Man Utd set money aside for Rodgers appointment

Brendan Rodgers: Leicester have a plan in place if Man Utd move for the Northern Irishman (Image: Getty Images)

Potter has emerged as a promising coach after guiding the Seagulls to Premier League safety last season and has been linked with Tottenham in the past.

However, the north London club appointed Nuno Espirito Santo and then replaced the Portuguese with Antonio Conte after just 124 days in charge.

And The Sunday Mirror report that Potters’ work on the South Coast since taking the job in 2019 has earned him admirers from the Leicester hierarchy, having guided them to 15th and 16th over the past two campaigns.

The 46-year-old, much like Rodgers, built his reputation from working at Swansea earlier his career and is a firm believer in a possession-based game.

Leicester welcome their former boss Claudio Ranieri back to the King Power on Sunday as the Italian returns with Watford to the club where he won the Premier League title in 2016-17.