Player Ratings: Brighton 0-0 Leeds United
Through It All Together 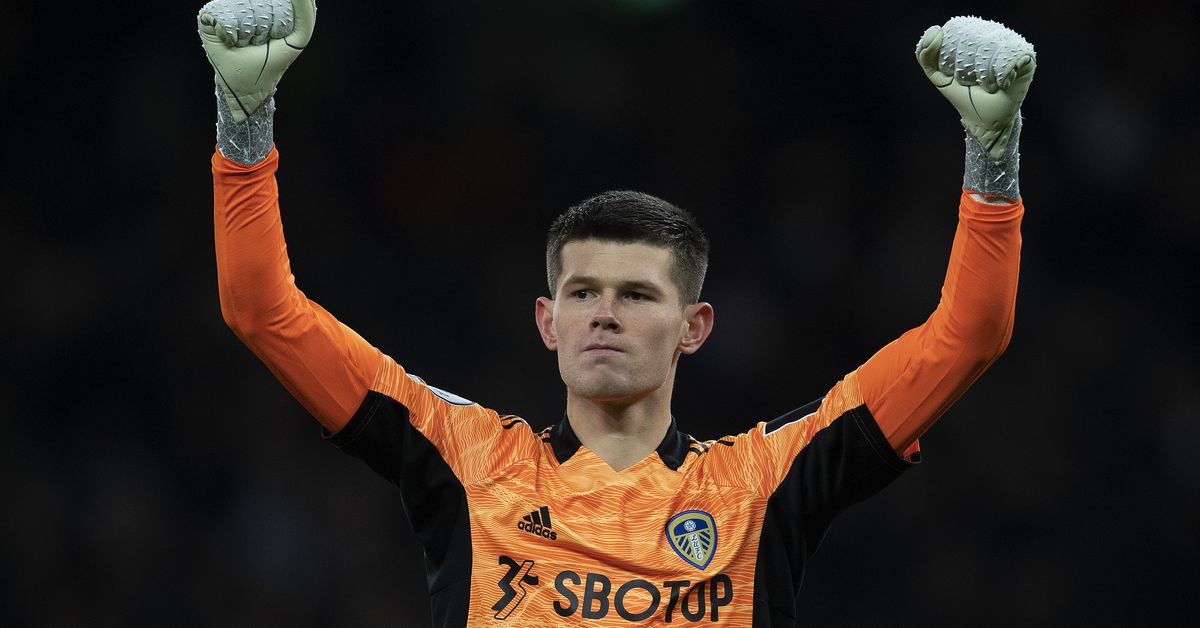 Leeds United made the long trip down to Brighton and somehow make their way back up north with a point.

The AMEX has been a tough place to go and the Whites have never done well there, but this performance is up there with the worst of the season - saved by a poor display of finishing from the home side and a couple of brilliant saves from Illan Meslier.

Marcelo Bielsa’s side could’ve nicked it late, however, and Tyler Roberts managed three solid shots on goal - any of which could’ve gone in with a bit of luck.

At the end of the day, it’s a point won from a poor performance at a place that never brings a result.

Here are the player ratings...

The only Leeds player that can be praised after that.

Made a great save to tip Leandro Trossard’s shot onto the post and put up a couple of additional good stops to boot.

A first away clean sheet of the season, somehow.

Managed to contain Brighton’s left-side to a much better extent than we did with the other wing in the first half, then coped a lot better on the left than Junior Firpo.

Made a couple of good runs forward to pick up loose balls but couldn’t muster anything up.

Got turned a few too many times by a brilliant Trossard but didn’t help himself at all.

Looked as though he was running in treacle at times.

Really struggled to find his passing range but kept forcing it. He was one of the main culprits for Leeds giving the ball away so much.

Spent a lot of the first half covering inside the left-back and got done by Tariq Lamptey a couple of times.

Was strong at set-pieces and kept a clean sheet nevertheless.

Torrid half. Booked early on - albeit because of a poor Harrison back pass - and ran ragged by Tariq Lamptey from the first minute.

Was a tough battle against a dangerous wing-back and Firpo made a couple of good interceptions, especially considering he was carrying a yellow.

However, he was ultimately the stand-out weak point of an awful first-half performance. It was to the benefit of everyone that he came off at half-time.

Off at half-time, apparently due to a slight injury - which explains the performance.

Started in centre-back and then moved into centre-midfield but didn’t perform anywhere near normal levels in either role.

Brighton had acres of space in midfield and Phillips never managed to impose himself.

Passing was poor which is unusual for him.

Looked at times like he was trying to mark the entire Brighton midfield on his own.

The system Leeds kicked off with was fundamentally wrong and Forshaw was the main victim.

Couldn’t get hold of the game in possession and gave away the ball too often - whether that be due to poor play from him or a lack of options.

Really poor game by his standards. Didn’t get much of the ball but struggled to produce his magic on the occasion he had the chance.

A move onto the right didn’t do much for his fortunes and he will undoubtedly be disappointed.

Dropped into some decent spaces but never got the rub of the green with his ideas.

He was the main culprit for allowing Brighton’s centre-backs to push into midfield unchallenged.

The link with Raphinha was nowhere to be seen.

A poor early pass got Firpo booked and that set the tone for another frustrating game.

Clearly lacking confidence and not getting any of the breaks - passing is off the pace, not running at anyone, poor first touch and not tracking back to double up on Lamptey.

It will come. But it still looks some way off.

Not a striker. It must be tough to play for a team you’re not used to in a position you can’t play.

Couldn’t affect attacking play as he did against Spurs and was as culpable as Rodrigo for allowing Adam Webster and Lewis Drunk to bomb on at will.

Leeds found some level of solidity in midfield after half-time once Pascal Struijk came on.

Managed to nick in front of his man and win possession on halfway.

Came on with a big task ahead of him and really struggled.

A couple of basic passes were misplaced, both killing Leeds attacks and creating Brighton ones.