HOLTECAST | Aston Villa 0-0 Brighton & Hove Albion - We Have Lift Off! 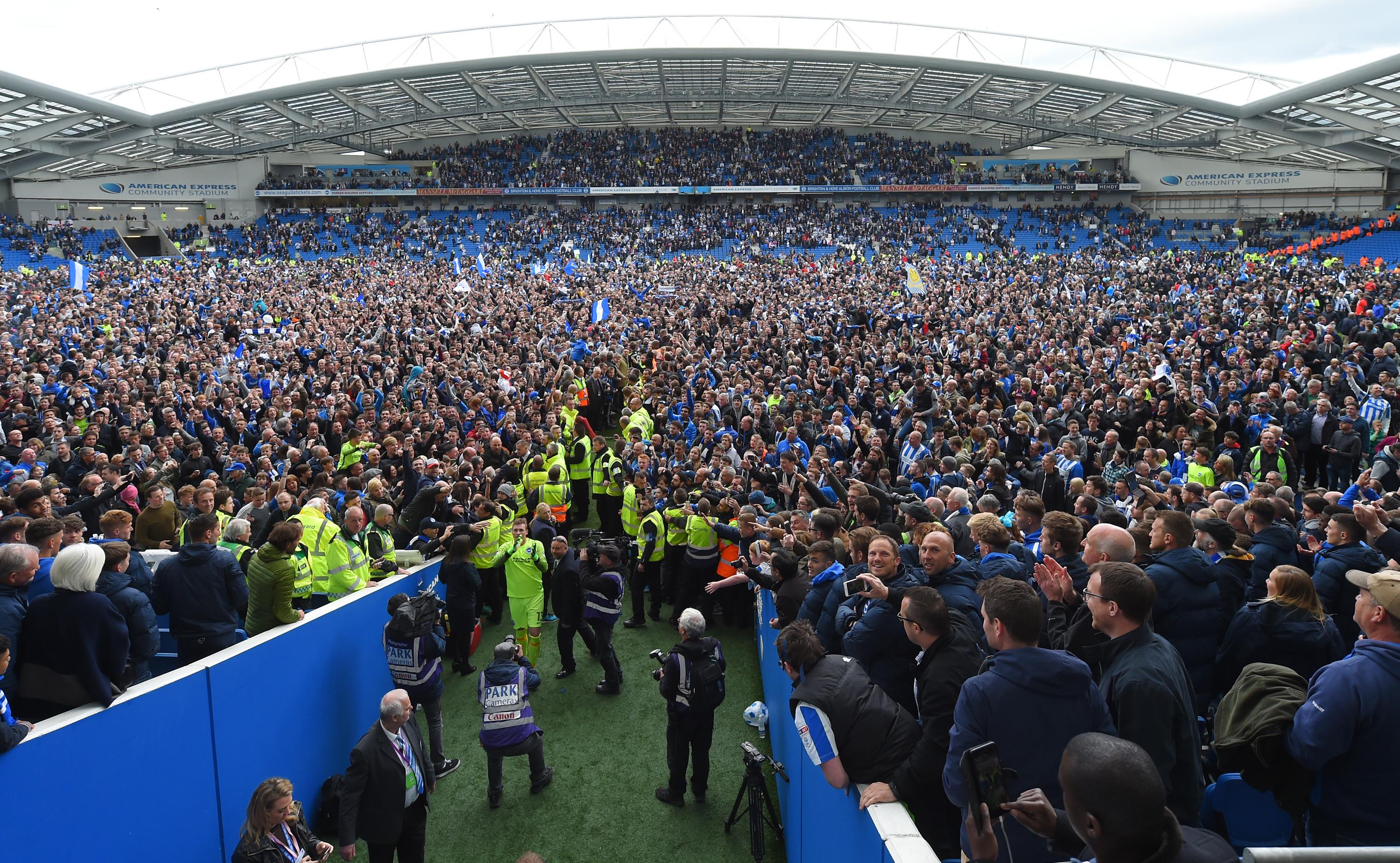 Ahead of Wednesday's 7:45pm BST kick-off at King Power Stadium, with a place in the quarter-finals at stake, LCFC.com recalls some of the defining moments of Brighton's recent history...

In 1999, Micky Adams was appointed manager of Brighton & Hove Albion. In 1999/2000, the club returned to play home games in the city, having spent two seasons contesting home fixtures 70 miles away in Gillingham. At Withdean Stadium, a converted athletics track, Brighton enjoyed success. The 2000/01 season was the Seagulls’ most successful league campaign for 13 years, as Brighton were crowned Third Division champions and promoted to the Second Division.

Adams’ time at the Albion was brought to an end in October 2001, as he left Brighton to become assistant manager at none other than Leicester City, and he was replaced coincidentally by a former Foxes manager in Peter Taylor. While many expected a rough transition, the switch was in fact seamless, as Taylor guided Brighton to a second successive league title. Just five seasons after almost falling out of the Football League, the south coast club was now just one division below the Premier League.

While triumphs were enjoyed during a 12-year stay at the Withdean, which included winning the third tier title in the final campaign there, the fact was that Brighton & Hove Albion needed a home, a proper home. ‘We Want Falmer’ was one of the longest campaigns for a new stadium ever witnessed in English football, commencing from the moment the Goldstone Ground was sold.

Following a two-year spell playing in Gillingham and the lengthy spell at a ground where supporters needed binoculars (and often a poncho) to watch the action, Brighton were finally able to move into the new home the club’s supporters had fought so hard for in August 2011. Hosting Doncaster Rovers in their first game back in the second tier, the carnival atmosphere was rewarded with the result it deserved. It didn’t look set to be that way initially, as Billy Sharp opened the game’s scoring for the visitors in the first half. However, following the introduction of Will Buckley in the second-half, Brighton came from behind to seal a memorable 2-1 victory, with the substitute netting both goals; the second coming in the eighth minute of injury time.

After narrowly missing out on automatic promotion and later suffering defeat at the hands of Sheffield Wednesday in the Championship Play-Offs the previous season, Brighton & Hove Albion finally achieved their goal in 2016/17, as Chris Hughton guided the Seagulls into the Premier League for the first time in the club’s history. In fact, so as to ensure that history wouldn’t repeat itself, Brighton clinched promotion with three games to spare. April 2017’s 2-1 victory at home against Wigan Athletic, courtesy of goals from Glenn Murray and Solly March, sealed Albion’s Premier League status.

Thereafter, all that remained was to discover who would be promoted to the Premier League as winners of the Championship, with Brighton and Hughton’s former club Newcastle United vying for the league title. The Sussex side endured two defeats following their win over Wigan, losing away to Norwich City before suffering a home loss to Bristol City. It all came down to the final game of the season. Brighton travelled to Aston Villa, knowing that a win would guarantee the league title. Unfortunately, it wasn’t to be, as an 89th-minute penalty from Jack Grealish cancelled out Glenn Murray’s 64th minute spot-kick to help deliver Newcastle the title. It mattered little to the Brighton faithful that had made the trip to Birmingham come the final whistle, as the visiting fans rejoiced at their team’s accomplishment.