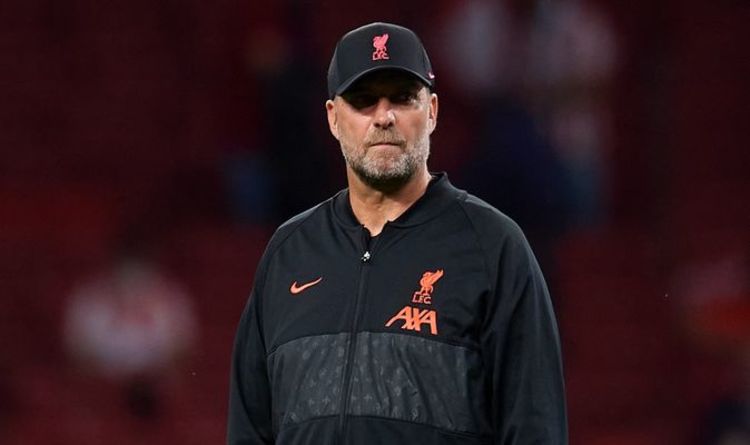 Liverpool could be missing up to five players for their upcoming fixtures as the Reds come crashing back down to earth following their sensational 5-0 thrashing of Manchester United. Jurgen Klopp’s side face Preston in the EFL Cup before hosting Brighton at the weekend.

United were thumped at Old Trafford, with Liverpool enjoying an incredible four-goal first-half blitz that led to home supporters streaming out of the stadium.

A hat-trick by Mohamed Salah and goals each for Naby Keita and Diogo Jota sealed the big win.

But boss Klopp could have a problem for his next two matches. The midfield injury crisis that derailed his side’s season last term has seemingly resurfaced.

Harvey Elliott, Fabinho and Thiago Alcantara were joined on the treatment table by Keita and James Milner, who were both forced off with injuries against United.

Keita was the victim of a horrid tackle by Paul Pogba which saw the Frenchman sent off just 15 minutes after being introduced at half-time. Milner had already departed midway through the first half with a hamstring issue.

It leaves Jordan Henderson, Curtis Jones and Alex Oxlade-Chamberlain as Klopp’s only midfield options. That could mean having to field usual first-choice Henderson in a domestic cup competition, something the Germany has not always preferred to do.

Thiago is widely understood to be back in training by the end of the week, meaning that he could be fit to face Brighton. However, Klopp is unsure when Keita and Milner will be ready.

“With Naby Keita, we have to see how serious it is,” the 54-year-old said.

“It’s very painful but we’ll see. We’ll only know tomorrow or the day after tomorrow.

Liverpool midfielder Naby Keita was taken off on a stretcher against Man Utd (Image: GETTY)

The former Borussia Dortmund boss described the result as ‘insane’.

"What can I say? Did I expect that? No," Klopp told Sky Sports.

"What we did in the last third was insane. Pressing high, winning balls, scored wonderful goals. I told them at half-time to play better.

“We started incredibly well and stopped playing football. We controlled the game after the fifth, it was not about scoring more, just trying to get out without more injuries.

"The result is insane, I asked if there was one like this in history and if there isn't then it will take a while. The players put a nice piece in the [history] book.

“It is special but we don't celebrate like crazy, we have respect for the opponents. We were lucky in some moments, United are not in their best moment."