‘What’, ‘Why’: Some Celtic fans are gobsmacked by what 2020 signing did last night
HITC 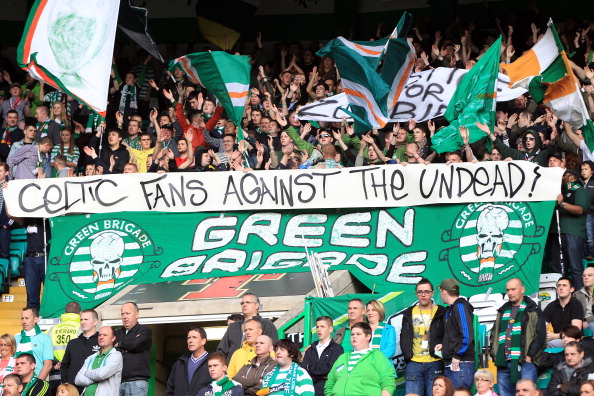 Each passing week seems to add another layer or mystery as to why Shane Duffy flopped at Celtic, and his goal this week for the Republic of Ireland only added to the case.

The Brighton and Hove Albion defender has enjoyed a football revival the likes of which supporters and pundits haven’t seen in some time. With Duffy being labelled as one of the worst Celtic signings ever following his 2020 arrival, it’s stunning to see how far the centre-back has come.

Many expected Duffy to be off to the Championship following his calamitous loan spell at Celtic. Yet football is a funny old game that can work its magic on the unlikeliest of players.

Indeed, Duffy going from being cheered on by Rangers fans to scoring an international goal for Ireland is a comeback and a half from the Brighton star.

The defender scored the fourth and final goal as Ireland ran ramage against Qatar in a 4-0 friendly win, the second strike Duffy has scored for the Boys in Green in 2021.

Indeed, it’s still impressive to think just how much Duffy has improved since returning to the Premier League with Brighton. The defender has slotted in nicely in Graham Potter’s side.

And on social media, Celtic fans remained gobsmacked over how impressive Duffy has been this season, with his goal for Ireland a moment that shocked supporters.

Thought Shane Duffy might have to drop down to Championship level or lower & that his days starting for Ireland were over after what happened last season at Celtic. What a turnaround! Starring for Brighton & his passing/reading of the game were excellent again tonight. #IRLQAT

Duffy is forgiven for his time at Celtic in my book

i turn the Ireland game on and Duffy scores 😭

Name a better career revival than Shane Duffy’s. Club career down the tube at Celtic and Ireland spot lost six months ago. Now back in Brighton’s team and scoring goals for Ireland. Delighted for him👏💚