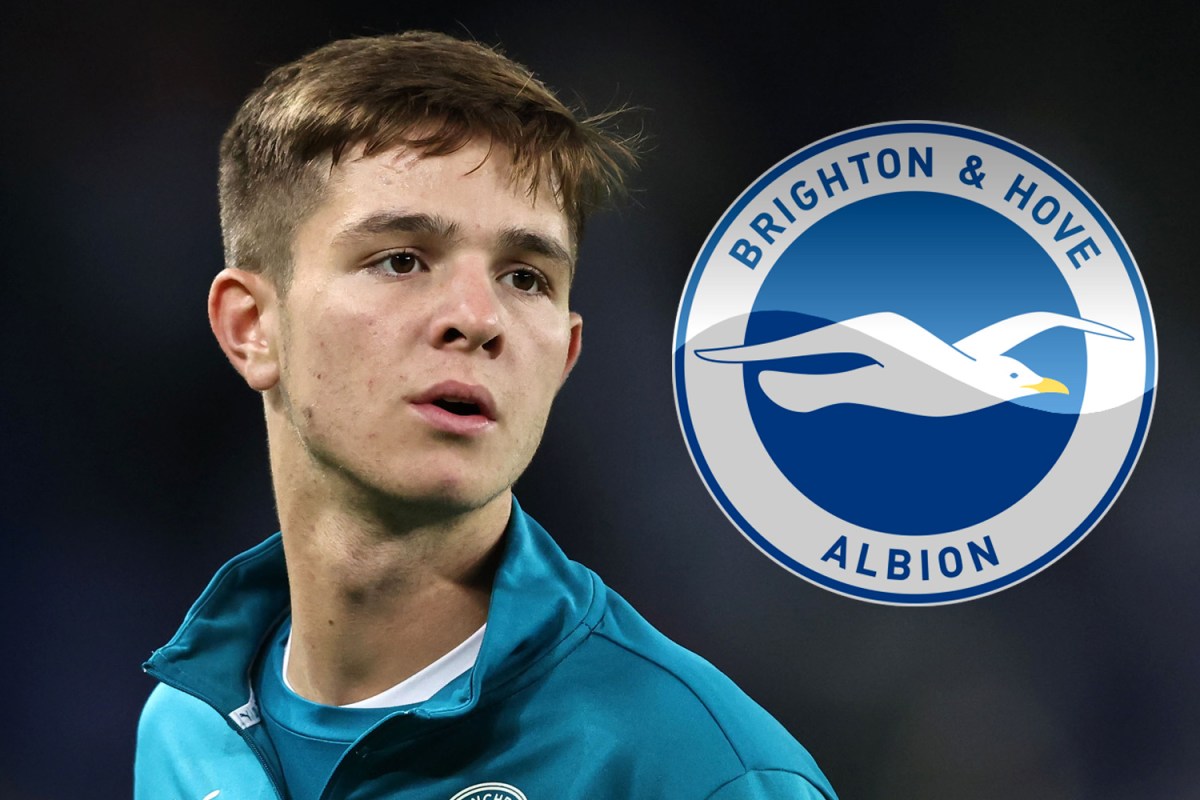 BRIGHTON have had a transfer bid for wonderkid James McAtee rejected by Manchester City, according to reports.

McAtee, 18, has impressed for City's youth teams this season and his form led Pep Guardiola to hand him his debut against Wycombe in the Carabao Cup last month.

His talents have not gone unnoticed elsewhere with West Ham and Crystal Palace also interested, report The Athletic.

And though the report claims Brighton have submitted a bid worth £8million, City deny any approach has been made.

The Seagulls hope McAtee could be lured to the south coast by the promise of more game time, but City have dismissed their approach.

In fact, McAtee is not for sale at any price as City believe he has a future at the club.

The attacking midfielder has risen through the ranks at Eastlands since joining the club in 2013.

He was born locally in Salford and impressed so far this season with 12 goals in nine games for the under-23s, under-21s and under-19s.

He will likely be eager to follow in the footsteps of City academy graduate Phil Foden, and was delighted to get his first taste of action against Wycombe.

"Pep said, ‘Can you play there?’. I said anything to get on the pitch and I just tried my hardest. The other players talked to me, helped me out. It was just good to be on the pitch.”