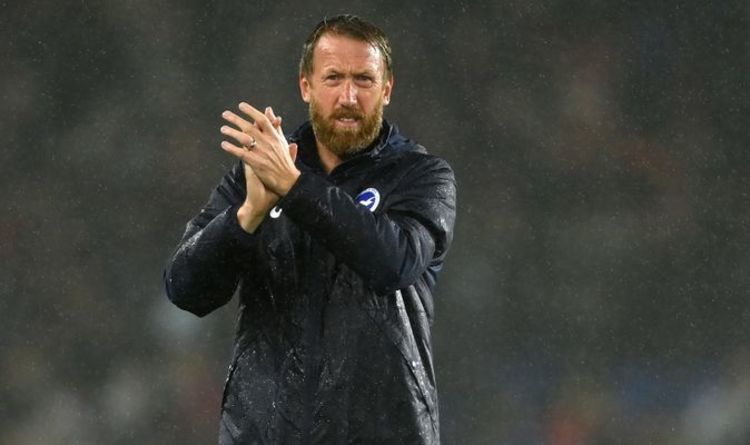 Graham Potter is reportedly on a “Newcastle list of next manager options” amid the club’s £305m takeover by the Saudi Arabian led consortium. The Brighton and Hove Albion manager has worked wonders with the Seagulls since he took over last season.

He has followed up last season’s solid campaign, where the club comfortably avoided relegation by finishing in 16th place, with a sensational start to the new season.

Brighton have won four, drawn two, and lost one of their opening seven matches, and they are currently tied on the same number of points as Manchester City, Manchester United, and Everton.

Potter has been able to achieve this whilst imposing a new more expansive and more attractive style of play, which has often seen Brighton play some of the best passing football in the division.

He has been a manager in demand for some time, having also been liked with the job at Tottenham Hotspur, both before and after current Lilywhites’ manager Nuno Espirito Santo was hired.

However, the Sun claim that, Potter is on a “list of manager options” at St James’ Park.

The Magpies have arguably entered the most exciting phase in their entire history, as a Saudi led consortium spearheaded by the Saudi Arabia Public Investment Fund (PIF), purchased the club from controversial chairman Mike Ashley.

The PIF, who are understood to hold 80% of the club’s shareholdings are worth an enormous £320 billion, comfortably making Newcastle the richest club in the Premier League, and one of the wealthiest in the world.

It is expected current Newcastle manager Steve Bruce will likely be shown the door by the new owners, who may want to sweep the club and replace many of the personnel with their own people.

Newcastle United's new owners are comfortably the wealthiest in the division (Image: GETTY)Antonio Conte has reportedly ruled himself out of any possibility of managing Newcastle (Image: Getty)