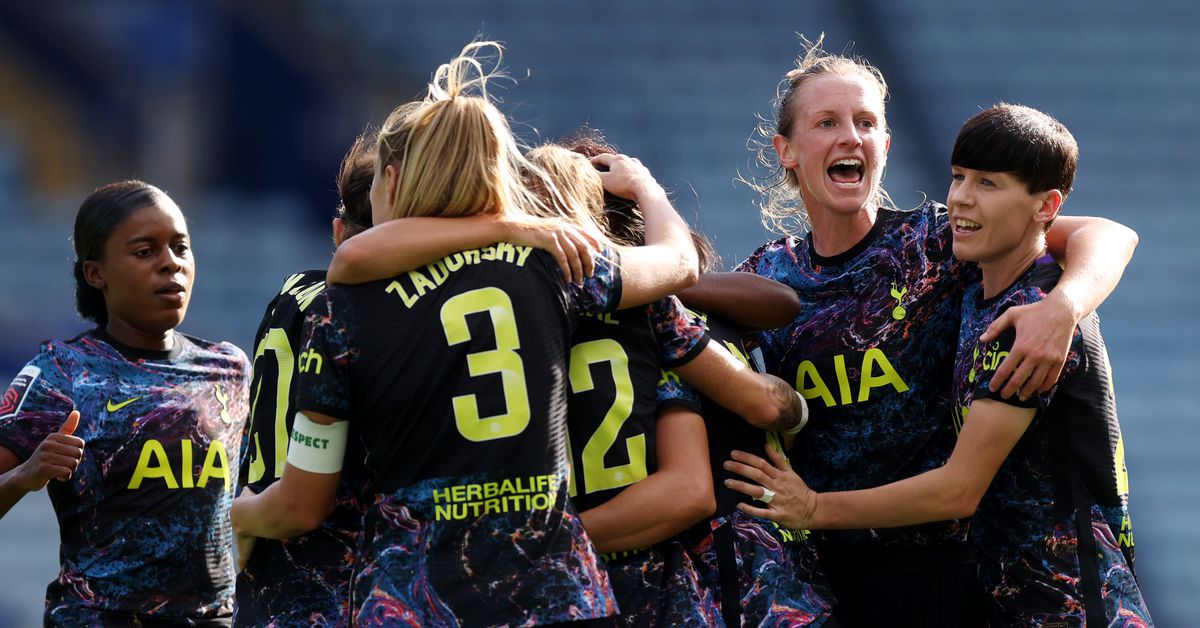 Tottenham Hotspur Women won a total of five WSL matches last season. Tomorrow, they can equal that total after just five matches. Spurs travel to Broadfield Stadium in Crawley on Sunday for an away match against Brighton & Hove Albion with a chance to continue their unbeaten start to the WSL season and keep apace of league leaders Arsenal.

It’s a remarkable turnaround and one of the surprise stories coming out of the early WSL. Last season, Tottenham went through a period of upheaval, firing long-time managers Karen Hills and Juan Amoros and replacing them with Rehanne Skinner, then an assistant with England. The turnaround wasn’t instant — Spurs struggled to put the ball into the net, scoring only 16 goals in 22 matches, while conceding 39 and limping to a disappointing eighth place finish.

This season, however, Spurs have begun to show the improvement that Skinner promised. After a summer clear-out that saw significant roster turnover, Spurs are off to a flying start in the WSL, behind a possession-based, attacking system that emphasizes teamwork, quick transitions, and unselfishness. The club’s improvement is evident by their vastly improved non-penalty xG/90, which currently ranks third in the league behind Chelsea and Manchester United. It’s notable that the goals haven’t yet caught up with the xG — Spurs still haven’t been especially clinical with their chances this season — but you can see it on the pitch. Spurs are much more comfortable with the ball and are confident in their attacking, even if a few shots dribble wide of the mark.

No one has been the beneficiary more of this improved offense than 33-year old striker Rachel Williams, who already has two goals and an assist in four matches. It should also be noted that attacking midfielders Kit Graham and Ria Percival are both underperforming relative to their xG. Fellow newcomer Chioma Ubogagu, signed from Real Madrid, and homegrown product Jessica Naz have been stretching defenses from the flanks, and Spurs have speedy players like Rosella Ayane and Angela Addison to turn to on the bench if chasing a goal or to run at tired legs. The one knock on Spurs thus far is that they still aren’t as clinical as they should be, but they’re definitely improving, and while the offense isn’t especially deep they have

The defense has also been substantially improved. New addition Molly Bartrip, acquired from Reading this summer, has slotted next to Olympic gold medalist and new club captain Shelina Zadorsky and in front of some outstanding production from keeper Becky Spencer to form what has, though through an admittedly small sample size, been one of the best defenses in the league.

Zadorsky in particular is comfortable playing out of the back and has a rejuvenated left back in Ashleigh Neville, one of the longest-tenured players at the club, who is adept at progressing the ball from wide areas. It was Neville’s tackle in Spurs’ half that started what eventually became Tottenham’s second goal against Leicester last weekend, scored by substitute Addison.

If there’s a caveat to Spurs’ hot start it’s this — All four of Tottenham’s wins have come against the clubs that are currently at the bottom of the WSL table. The exception to that is probably Manchester City, last year’s runners up who are enduring a disastrous start to the season but whom are significantly better than their record indicates. Even so, it’s gratifying that Spurs have been beating the teams they should be beating.

That will hopefully continue Sunday vs. Brighton & Hove Albion. In some ways, Brighton represent a similar opponent to the ones they been facing thus far — they’re 2-2 thus far with wins over West Ham and Birmingham, and losses to Aston Villa and Chelsea. They’ve scored an impressive eight goals thus far, as many as any team other than Arsenal and Chelsea heading into this weekend’s fixtures, but they also give up more than 1 xG/90 making Sunday’s match against Spurs a real test for the visitors. On current form Tottenham would probably be considered favorites, if only just, but it won’t be a gimme.

Manchester City’s struggles have also opened up a spot at the top of the table — Arsenal and Chelsea are expected to hold the top two positions by a comfortable margin, but barring a City turnaround, the battle is on for third and fourth... and qualification for the Champions League. Should Spurs dispatch Brighton on Sunday, it sets up an especially tasty home match vs. United on November 7.

It’s early days, but Tottenham’s 12 early points in the bank have them dreaming big. And why not? Streaks are made to be broken and Tottenham are most assuredly not ready to compete at the top of the table. But even a top five finish would be an impressive statement from a club playing in just its third season in the top flight. But in order to do that, they must defeat a good opponent on the road on Sunday.