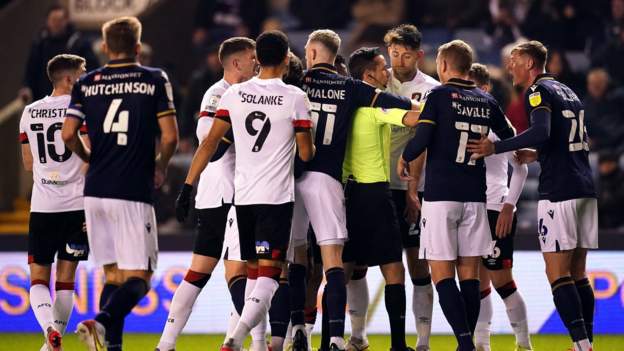 Millwall and Bournemouth have been fined by the Football Association after a clash between players in their 1-1 Championship draw last month.

The Cherries admitted a 'non-standard charge' of failing to ensure their players conducted themselves in an orderly fashion.

The charge were brought after a 26th-minute incident in the game.

Players from both sides came together after Bournemouth's Gavin Kilkenny went down in the box after what appeared to be very little contact with Millwall's Mason Bennett.

Kilkenny had been booked a few minutes earlier for a foul and Millwall players felt he should have been given a second booking for simulation.