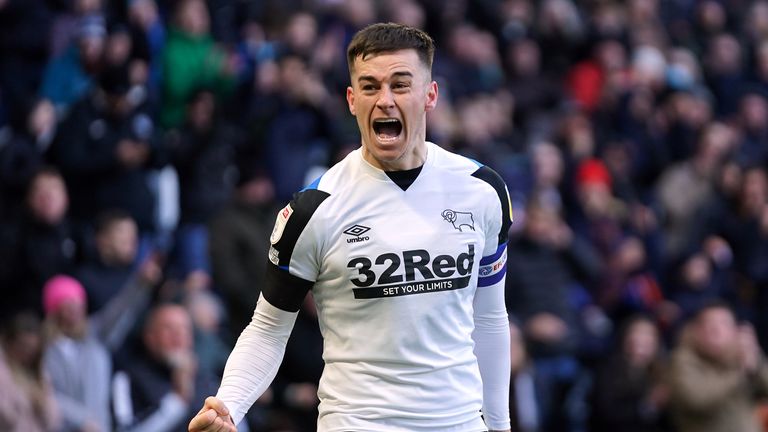 The hosts lead through Jason Knight's 13th-minute header, only for Bournemouth to go in ahead at half-time after goals from Jaidon Anthony (19) and Dominic Solanke (38).

However, two goals in seven second-half minutes from Lawrence, the second from the penalty spot, gave Wayne Rooney's side a vital victory that saw them move up to zero points in the table, while Bournemouth stay second, now just a point behind leaders Fulham.

Derby travel to Fulham, while Bournemouth visit Millwall, with both Championship games kicking off at 7.45pm on Wednesday on the red button on Sky Sports Football.