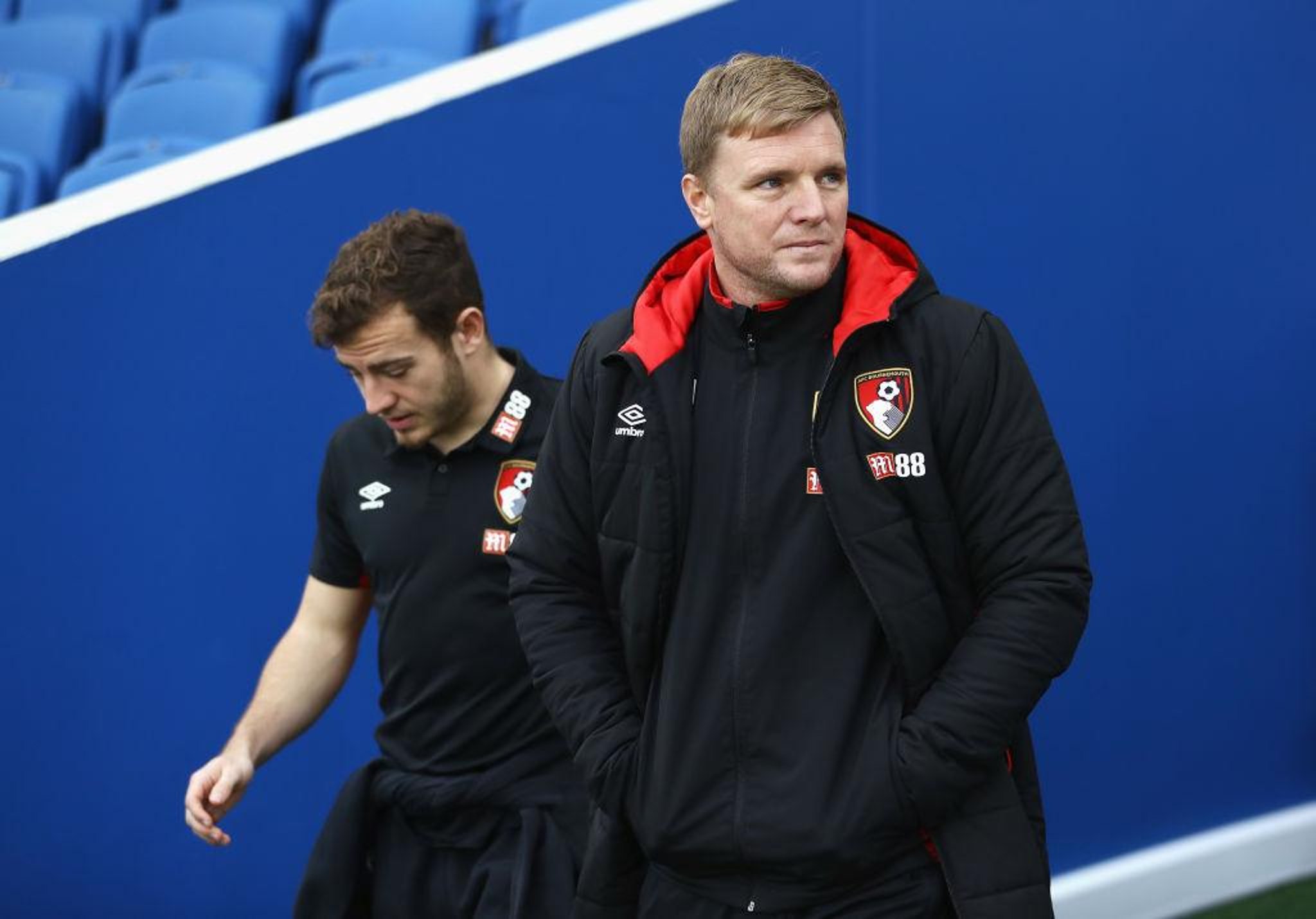 The 27-year-old desperately needs to start proving himself on Tyneside following a hugely underwhelming 12 or so months.

And the arrival of former boss Howe could be the key to his Toon revival. It certainly needs to be. And that is despite their rocky ending at Bournemouth.

it's now or never for Ryan Fraser at Newcastle United. (Photo by Bryn Lennon/Getty Images)

After the 2019/20 season was paused for three months due to Covid-19, Fraser opted against signing short-term contract extension at Bournemouth, despite pleas from then-manager Howe.

Fraser departed, later joining Newcastle as a free agent, and Howe’s side were relegated to the Championship.

Howe, naturally, was left disappointed by Fraser’s decision, and much has been made about the pair’s reunion in the North East.

Howe, however, insisted he had a “strong” relationship with Fraser – and added that the events of last year were “in the past”.

“A lot of things that came out that ultimately weren't true. Me and Ryan always had a very strong relationship.

“You've got to remember I took Ryan from Aberdeen into League One, and we worked together so closely for a number of years to try and get the best out of him – and make him into a Premier League player.

“He was absolutely brilliant. From day one, he really took on board what we were trying to do with him. He worked incredibly hard and he got all the rewards.

Fraser withdrew from international duty with Scotland due to a calf injury – and it’s a blessing in disguise that he’s remaining on Tyneside.

Under Steve Bruce, the winger failed to flourish and fell miles below what was expected of him.

He has struggled hugely for fitness, form and consistency – all of which contributed to him becoming a bit-part player at Newcastle.

With former boss Howe arriving, now really is the time for Fraser to essentially save his United career and live up to his promise.

Fraser, if able to train, must impress Howe before Brentford, eventually win his place in the starting XI and replicate his previous form on the south coast.

He was handed a reprieve by Graeme Jones against Crystal Palace and Chelsea but didn’t take his chance, which is somewhat understandable in a struggling team.

Under Howe however, there are no excuses. It’s now or never for Fraser. If he can’t excel under the manager that transformed his career, then when will he?

Newcastle fans need to start witnessing those fast runs into the wide area, the crosses into the box, maybe even reignite that deadly partnership with Callum Wilson.

As a proud Scotsman, it will hurt Fraser to miss out on international duty but in terms of his club career, it is a sacrifice that is required – if that’s what you can call it.