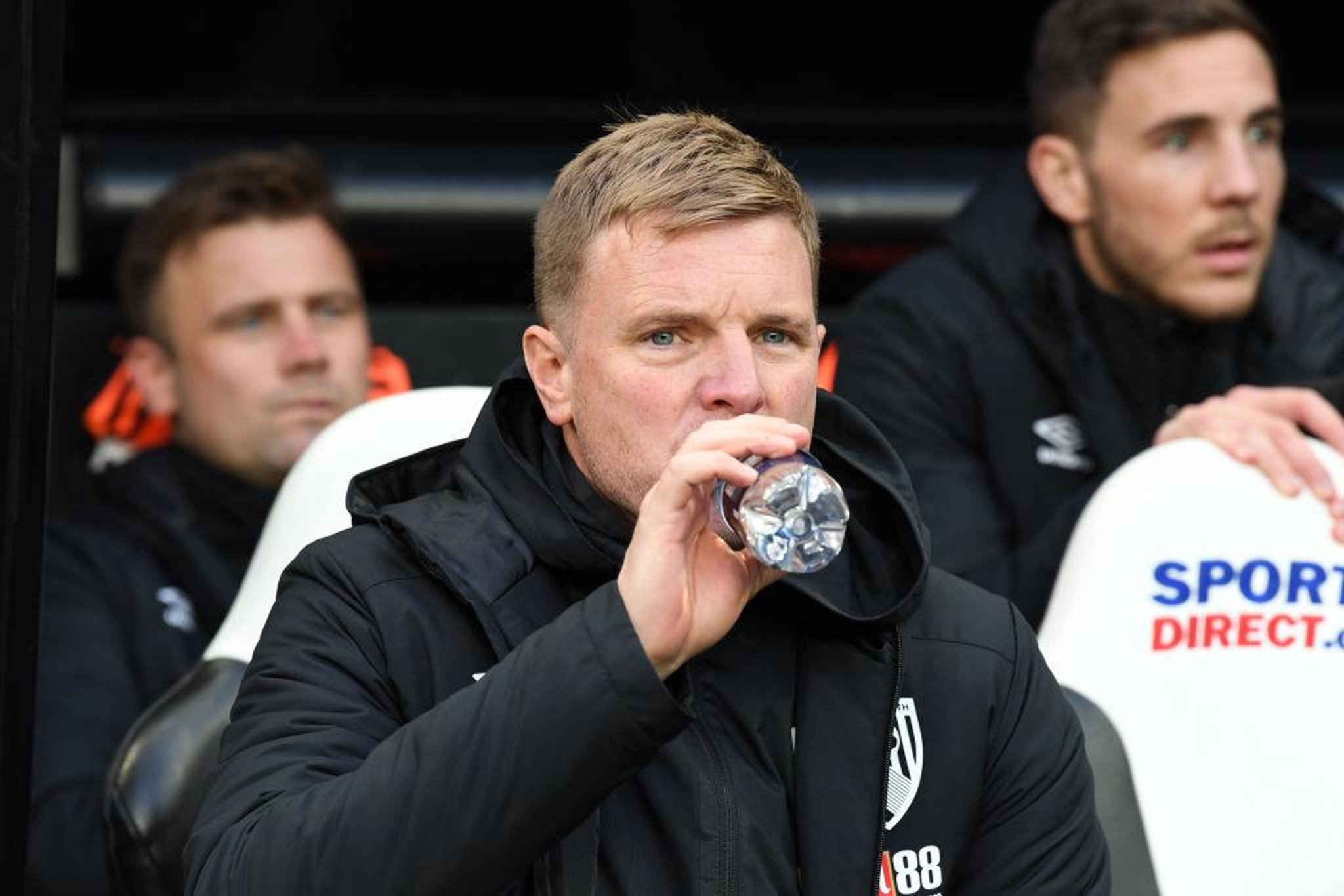 Following Unai Emery’s statement that he will not be joining Newcastle United, Eddie Howe looks to be the new favourite to take the reins at St James’s Park.

Here, we take a look at Howe’s coaching style and how his relationships with some of the current Newcastle squad can be a major benefit this season:

What can Newcastle United fans expect from an Eddie Howe side, should he become their new manager? (Photo by Mark Runnacles/Getty Images)

Howe likes his teams to counter-press and when they regain possession, keep hold of the ball but then, when the opportunity presents itself, to burst quickly into attack.

In a fascinating clip of Eddie Howe mic’d up during a pre-season training session you can find online, it’s clear to see Howe’s desire for his team to be constantly on the move, making runs and passing options for the people on the ball.

In the Premier League, Bournemouth would often line up in a 4-4-2 or a 4-4-1-1 formation with their wingers tucking inside to create overlaps for their full-backs, as well as to overload their opponent’s defence.

As a manager, he has been famed for his ability to get the very best out of his players, something that was invaluable as The Cherries rose through the football pyramid.

Howe has previously worked with a few current Newcastle United players - and enjoyed a lot of success.

Fraser was arguably Ritchie’s replacement when he switched the Vitality Stadium for St James’s Park in 2016 and this move would prove to be a great one for Howe, Wilson and Fraser.

In 2018/19, Fraser assisted Wilson on twelve occasions, form which Newcastle fans will hope they can rekindle this season.

Unfortunately for Howe, he has suffered a Premier League relegation, coming at the end of the 2019/20 season.

Bournemouth were relegated on the final day of the season, having managed to only pick up 34 points from their 38 games.

Speaking on Monday Night Football last December, Howe believed his team suffered a lot with injuries and that caused his side to lose their identity:

“I think we just lost our zip and there were various reasons for that.

“I think what got harmed for us was our confidence levels. If you don’t go out into every game believing you’re going to win, or believing you can win, that’s when there is trouble for your team and I think that’s where we were last year.

“The ability of the team was never in question, it was just that we couldn’t get our best team on the pitch.”

As mentioned, Howe already has familiarity with some members of Newcastle’s squad and in particular with Callum Wilson, has a goal scorer he trusts and knows how to get the very best out of.

Wilson has already proven just how invaluable he is to Newcastle in his short-time on Tyneside and by having a manager who will play a style to suit his game, it could once again turn out to be a very fruitful link-up - assuming his injury problems subside.