On This Day: Andy Carroll and Jonathan Calleri shoot down Middlesbrough

B Team Gallery: Warming up for Middlesbrough 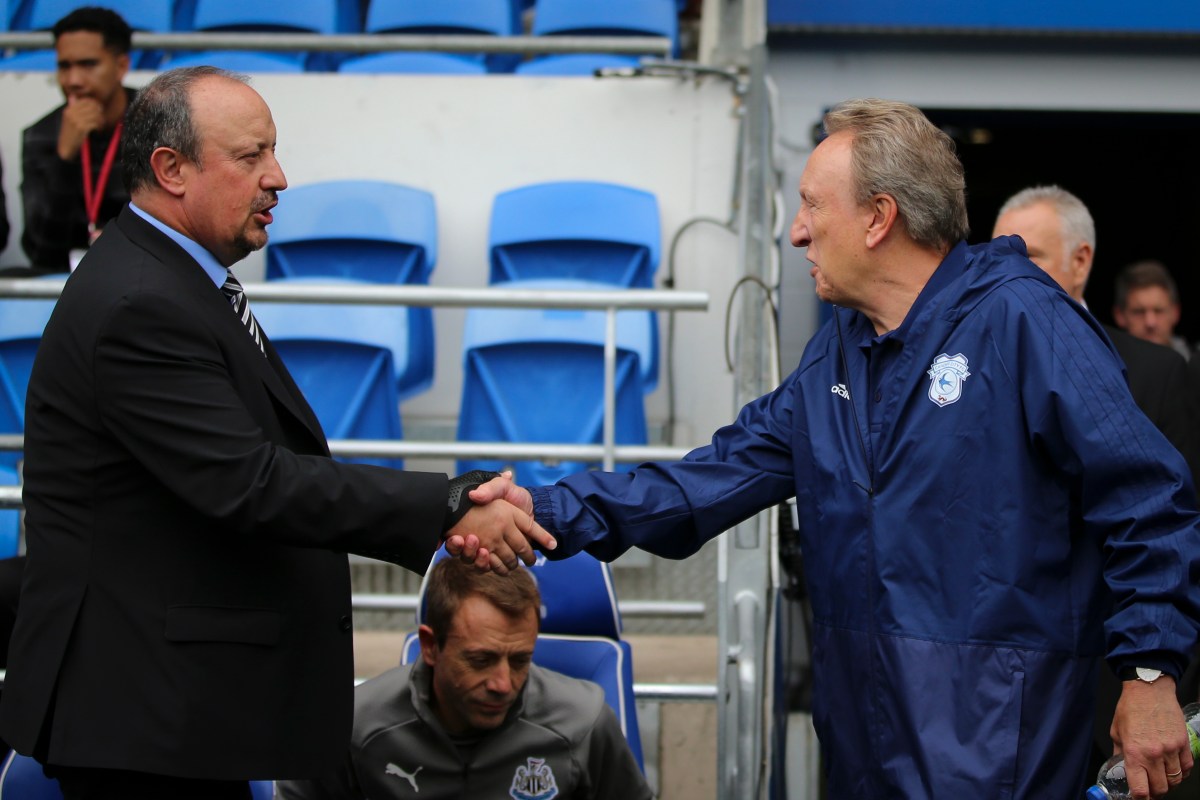 There was a quote from Neil Warnock doing the rounds on social media to mark his 80th birthday.

Warnock remains a cult hero of the game

That tells you two things about English football’s most beloved veteran: he’s wonderfully sadistic – and he’s brutally honest about it.

So when we asked him about the current struggles of former foe Rafael Benitez at Everton, Warnock gave a classic response.

“Oh, I hope he isn’t enjoying it, if I’m honest!” Warnock joked on talkSPORT.

“And I hope he keeps his job for a few more months.”

Why, you ask? Cast your mind back to 2007, when Benitez’s Liverpool lost 1-0 to Fulham on the penultimate day of the season, having rested almost all of their strongest players.

It was a dead rubber for the Reds, but not for Warnock’s Sheffield United. The Cottagers would ultimately stay up at their expense.

Besides a fierce rivarly on the pitch, it turns out the two managers almost thrashed it out in court.

“He threatened to sue me when I was on about him playing a reserve side against Fulham!” Warnock explained.

Benitez looks set to keep his job for the foreseeable future, despite a winless run of eight games, after owner Farhad Moshiri backed the Spaniard on talkSPORT.

But there was no such support for Warnock at Middlesborough, where he was sacked last month.

The ex-Boro boss accuses the Championship club of lacking class for the way they brushed him aside and brought in Chris Wilder.

Warnock was sacked by Boro at the start of November

“It was a surprise,” Warnock admits. “I did fear the worst when the director of football came in and never looked me in the eye.

“I only found out on that Saturday morning and I took the game and everything. I went straight in the next morning to clear my desk – and I couldn’t get in the training ground.

“They said there’s a press conference with the new manager and the chief executive. I went away and came back.

“It was a total lack of class. That’s what I was really disappointed in. I thought I did a good job, cleared all the heavy wages out.

“They’ve got a great group of lads now. Four points off play-offs?

“I understand they’ve got to look to the future, but why didn’t they do it in the summer? This manager that’s currently there was available in the summer.”